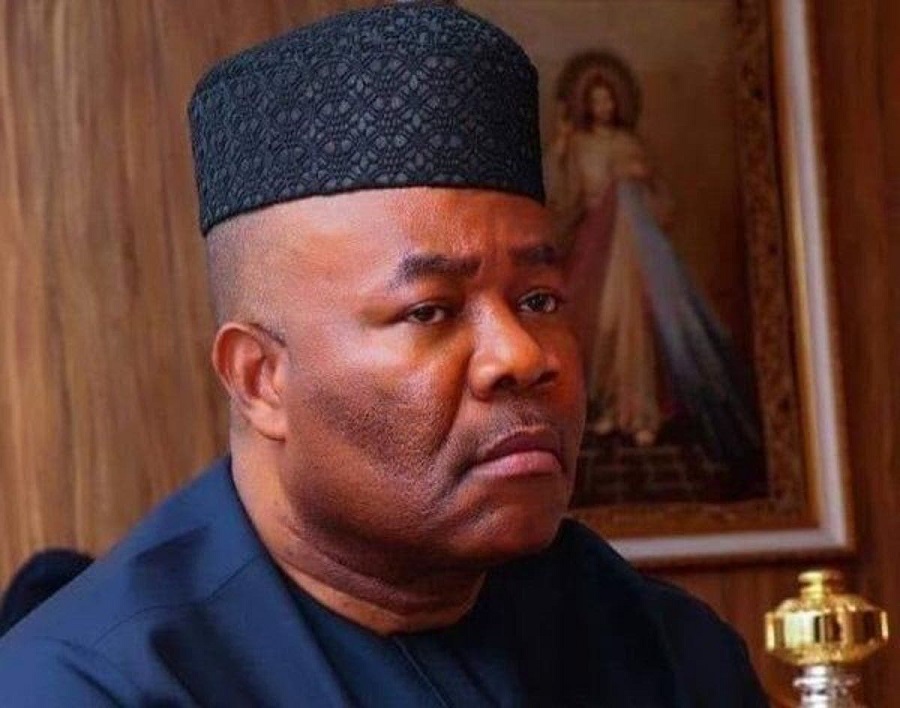 The Minister for Niger Delta Affairs, Senator Godswill Akpabio, has denied accusing lawmakers of collecting 60 percent of the contracts at the Niger Delta Development Commission (NDDC).

The Speaker, who announced the receipt of Akpabio’s response, said the minister

Akpabio, in a letter read on the floor of the House during Plenary by the Speaker, Femi Gbajabiamila, on Thursday, claimed to have referred to old contracts awarded by the NDDC which had not been paid for and some of which are part of the constituency projects of the lawmakers.

He said the only reference he made to 60 percent during his presentation before the NDDC committee on Monday was in response to a question by a member of the committee.

He said the member had sought to know whether a Medical Director can serve as an Executive Director Project, to which he responded by saying that since 50 to 60 percent of NDDC contracts were medical related, there was nothing wrong in a Medical Director serving in that capacity.

He also said that the Executive Director Project of the NDDC forwarded to him a list of 19 owed contracts which the Chairman of the House Committee on NDDC insisted must be paid before the 2020 budget of the commission is passed.

He also said that the NDDC has jot executed any contract under the 2020 budget since it has not been passed, while the 2019 budget was passed in April and has not been implemented.

Gbajabiamila however referred the letter to the House Committee on Ethics and Privileges. The House of Representatives had earlier resolved to institute legal suit against the Minister of Niger Delta Affairs, Godswill Akpabio, over his allegation that National Assembly members were major beneficiaries of the Niger Delta Development Commission (NDDC) contracts.

Senate Sets September As Deadline For Buhari To Present 2021 Budget

Gbajabiamila while speaking during the plenary on Thursday, instructed the Clerk of the House of Representatives to engage the services of a legal counsel to initiate a criminal complaint of perjury against the Minister.

Akpabio had on Monday accused the National Assembly members of accounting for 60 percent of the NDDC contracts.

Gbajabiamila said, “Last Tuesday I issued a 48-hour ultimatum to the Minister of Niger Delta Affairs to substantiate his allegation that over 60% (sixty per cent) of contracts awarded by the Niger Delta Development Commission (NDDC) went to members of the National Assembly.

“I said then that the Honourable Minister owed it to himself and the country to provide evidence to support these serious allegations.

“The Honourable Minister has failed to respond to my request. Therefore, I must conclude that his statement intended solely to slight the nation to avoid accountability for the evident maladministration and malfeasance in the Niger Delta Development Commission (NDDC).

“In my time in the House of Representatives, I have held every leadership position from Minority Whip, through to Minority Leader, Leader of the House (Majority Leader) and now Speaker. I recognise that the House has not always lived up to the high expectations of the Nigerian people.

“As much as we still have a lot to do in that regard, I refuse to sit here in good conscience and allow anyone to assassinate the character of the House in an attempt to deflect accountability for their conduct in office. Such mendacity as was witnessed at the public hearing will not be tolerated from anybody no matter how highly placed.

“This morning, I asked the Clerk of the House of Representatives to engage the services of legal counsel, and instruct them to initiate a criminal complaint of perjury against the Minister. At the same time, we will instruct counsel to explore the possibility of a civil defamation suit against the Minister.

“The House of Representatives is a public trust placed in our care for the duration of our term in office. We must prove ourselves worthy of this public trust or risk the censure of history.

“Therefore, we will resist every attempt to undermine this institution, whether such attempts come from within or from outside. This House will live up to the highest expectations of the Nigerian people. This is our commitment, and we will not fail.”