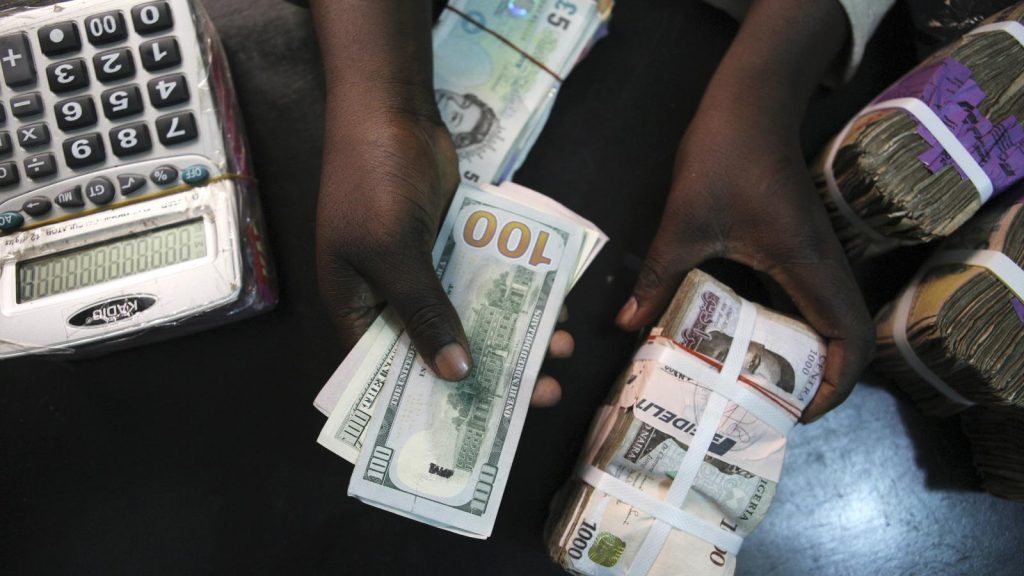 Nigeria’s local currency, Naira, faced severe pressures last week, forcing it to a record a plunge against the US Dollar in both the parallel market and Investors and Exporters (I&E) window.

This came at the backdrop of the $600 million accretion to the nation’s foreign reserves during the week. In the parallel market the exchange rate rose to N570 per dollar on Friday from N540 per dollar the previous week, losing N30, the highest in recent years.

In the I&E window, the Naira depreciated by 88 kobo as the indicative exchange rate dropped to N412.88 per dollar on Friday from N412 per dollar the previous week.

However, the volume of dollars traded   (turnover) in the window rose by 35 per cent to $975.63 million last week from $724.11 million traded the previous week.

Meanwhile, data on the Central Bank of Nigeria (CBN) website showed that the nation’s foreign reserves gained $600 million  as the gross amount   rose to $35.4 billion on Friday from $34.8 billion the previous week.

The liquid amount also grew by $600 million to $35.1billion on Friday from $34.5 billion the previous week.

These were coming as the members of the Central Bank of Nigeria, CBN, Monetary Policy Committee, MPC, applauded the apex bank on management of exchange rate thereby urging the apex bank to take further  steps to restrict the activities of unauthorised and illegal dealers in the foreign  exchange market.

The communiqué of the MPC meeting held last week in Abuja stated: “On the management of the exchange rate, the Committee applauded the Bank for improving foreign exchange supply in the economy to meet legitimate  business and consumer demand.

“Members thus, urged the Bank to take further steps to restrict the activities of unauthorised and illegal dealers in the foreign exchange market, stating that all foreign exchange transactions must be  conducted at the I&E window to ensure transparency and stability.

“The Committee, thus, called on the Bank to intensify surveillance over foreign  exchange sales and utilisation by commercial banks and customers, to ensure that operators adhere to stipulated guidelines set by the CBN.

“The Bank thus, maintains its resolve to continue to restructure the foreign exchange market and will pursue all recent policies targeted at sanitizing the market to improve transparency and proper functioning to eliminate illegal foreign exchange dealers in the economy.”