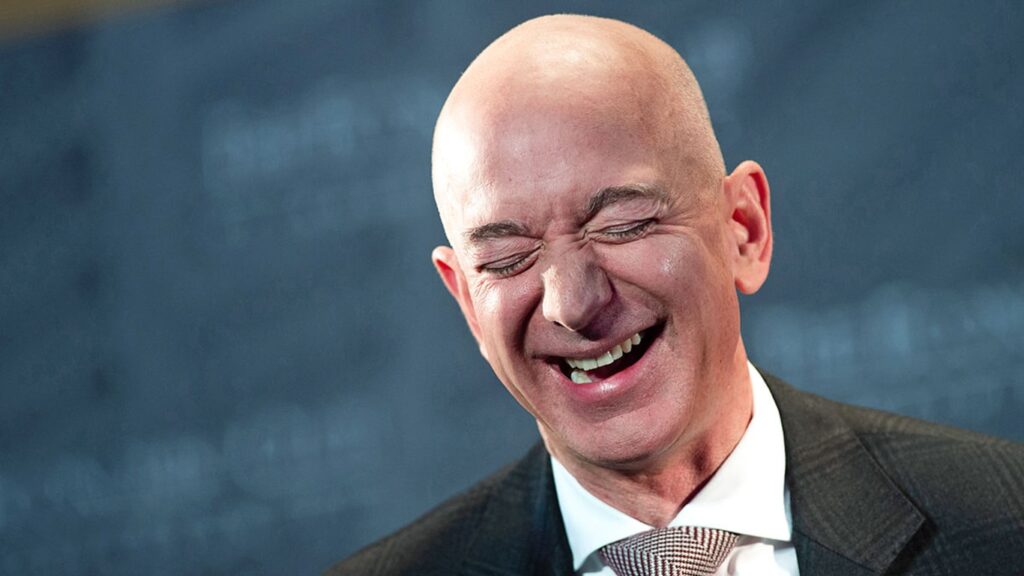 Amazon CEO Jeff Bezos on Wednesday saw his net worth soar above $202 billion, according to the Bloomberg Billionaires Index, making him the first person to cross the $200 billion threshold. He’s now $78 billion richer than Microsoft co-founder Bill Gates, who stands at number two.

Amazon shares hit record highs in April on the back of unprecedented demand from consumers, and the stock has continued to rise, adding hundreds of billions to its market value and giving investors a gain of more than 86% this year so far. As of Wednesday, the company is worth more than $1.7 trillion, making it the second-most valuable company in the U.S., trailing only Apple.

The coronavirus pandemic has helped fuel that growth, as consumers turned to online retailers for necessities like face masks and hand sanitizer, as well as ordering groceries. This surge in demand was behind Amazon’s blowout second-quarter results, when revenue topped $88.9 billion and it reported better-than-expected profits despite spending billions of dollars on coronavirus-related investments.

It’s likely that Bezos’ net worth would have hit the $200 billion milestone sooner if not for his divorce last year from MacKenzie Scott (who recently changed her last name). Scott, who is now ranked 13th on the Billionaires Index, became one of the world’s wealthiest women following her divorce when she received a 4% stake in Amazon, which gave her a $37 billion fortune. Her personal wealth now stands at more than $66 billion as of Wednesday.