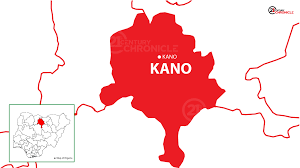 The Kano Kano State Commissioner for Health, Dr Aminu Tsanyawa, on Thursday, confirmed the outbreak of the deadly Diphtheria disease which is reported to have killed no fewer than 25 persons in the state.

Symptoms of the killer disease include sore throat, cough, drooling of saliva, change of voice, neck swelling, abnormal breathing, fever or mouth odour, among others.

The commissioner, who confirmed the outbreak, said the state emergency preparedness committee is currently in a meeting with a view to evaluating the casualty figures, reviewing the data and measures to address the situation.

Tsanyawa said presently, the state rapid response team has been reactivated and indexed an action plan to check the spread of the deadly disease in the state.

‘’Right now, we have presented a budget for this to the government and it has been approved,’’ the commissioner told an online newspaper.

He said the low routine immunisation attributed to the spread of the disease is due to the hard-to-be-reached areas in the state.

He noted that, however, the state is strengthening its routine immunization.

Tsanyawa said apart from the Murtala Muhammad Specialist Hospital designated as an isolation centre, other isolation centres would be created to check the spread of disease.

“Although we used Yargaya for COVID-19 isolation, we have set the place aside for the isolation of diphtheria infection also.

“We also have three cases of LASSA Fever in the state now with the index case from Taraba.

“The people should not panic but if they notice any unusual fever, should immediately visit the hospital.

“We are already embarking on sensitisation to educate the populace on the disease,” Tsanyawa said.