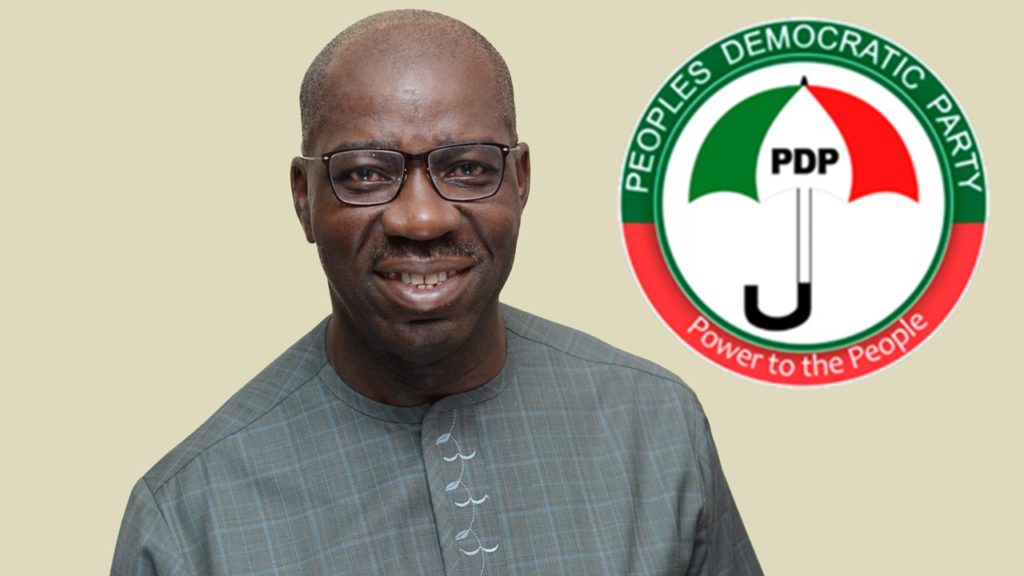 The governor who dumped the All Progressives Congress on Tuesday, picked up his PDP membership card at the party’s secretariat in Benin City, the state capital on Friday.

Addressing party officials, the governor said he automatically becomes the PDP leader in the state following his defection.

Obaseki also reiterated his commitment to providing what he described as quality leaders, adding that he is ready to lead the party to victory in the September 19 governorship election.

After displaying his membership card, he said: “I automatically become the leader of this party. I want to assure all of you (that) I am prepared to provide leadership.

“I am very happy to be here. With the reception I have received since I drove in here has been ecstatic. The energy I see in this party is the kind of energy I require to take Edo to the level we should go to next.”

This comes a week after he was screened out and declared unfit to participate in the APC primary election ahead of the September 19 governorship poll in Edo State.

On Friday last week, the Screening Committee led by Professor Jonathan Ayuba submitted its report to the party’s leadership after it screened Governor Obaseki who is seeking re-election, Pastor Osagie Ize-Iyamu, and four other aspirants.