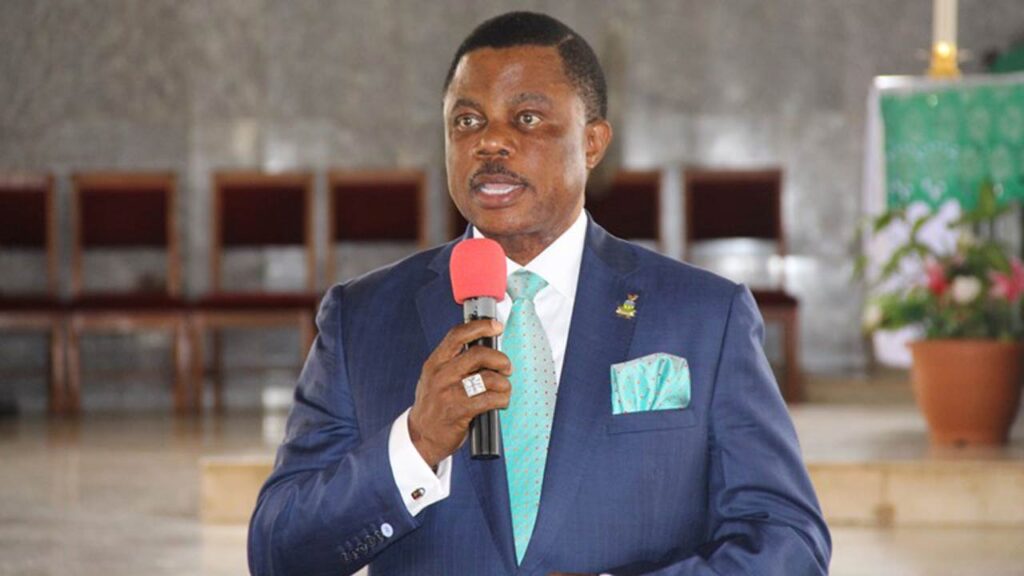 Governor Willie Obiano of Anambra State has approved the suspension of 12 traditional rulers in the state for an initial period of one year with effect from August 11 over alleged misconduct.

The Commissioner for Local Government, Chieftaincy and Community Affairs, Greg Obi made this known in a statement on Thursday.

Obi said the suspended monarchs travelled out of Anambra State without government’s approval.

Obi said the governor invoked the Anambra State Traditional Rulers Law of 1981 to justify the suspension.

According to him, the suspended monarchs include: Igwe Alex Edozieuno of Mkpunando; Igwe Mark-Anthony Okonkwo of Alor; Igwe Chukuwma Orji of Ezinifite; Igwe G.B.C Mbakwe of Abacha; Igwe Chijioke Nwankwo of Nawfa; and Igwe Nkeli Nelly of Igbarim.

Obi said: “During the sanction period, you are required to stop holding yourselves out as traditional rulers and to cease from discharging traditional rulers’ functions in your communities or elsewhere in the state and beyond.

“This sanction may be lifted at the end of one year or renewed or upgraded in the intervening period depending on government’s review of your conduct.

“By this sanction, membership of Anambra State Traditional Rulers Council is revoked, furthermore any appointment in other government committee is hereby rescinded.”

The News Agency of Nigeria reports that this brings to 13 the number of traditional rulers suspended in the state in the last one month.

Igwe Peter Uyanwa of Ukwulu had been suspended in July over alleged misconduct by the governor for the same period.

The monarchs had on Thursday visited President Muhammadu Buhari in Abuja.

They were received by the Chief of Staff to the President, Ibrahim Agboola Gambari.