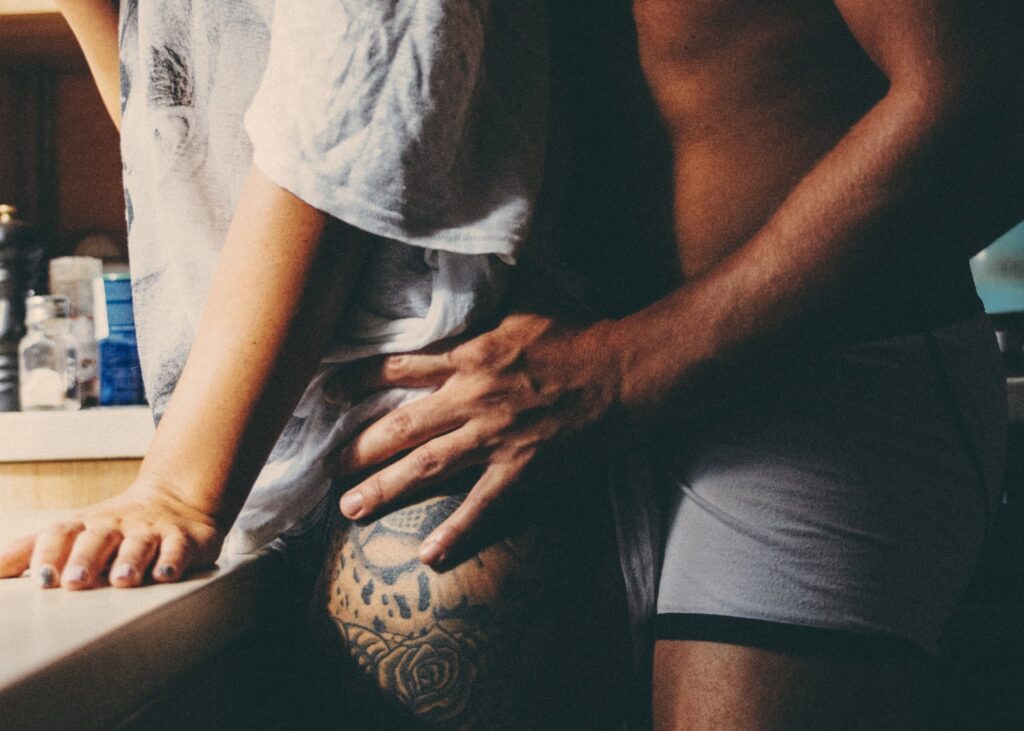 Persons suffering from lupus can have sex; however, for many of them, sex may be a challenge.

Fatigue, joint pain, hormonal imbalance, flares, routine drugs, decrease in lubrication from the glands can wane down their sexual responsiveness and make both foreplay and intercourse painful.

Lupus is a systemic autoimmune disease that occurs when your body’s immune system attacks your own tissues and organs. Inflammation caused by lupus can affect many different body systems — including your joints, skin, kidneys, blood cells, brain, heart and lungs.

For Mrs. Tosin Ilori who seems to have been able to adapt to the rhythm set by the disease, she has been able to figure out how to keep her sexuality alive.

Sharing her experience with PUNCH HealthWise, Mrs. Ilori said lupus gives patients low libido but with the support of her husband, they both understand when to have sex and when not to.

“I just try to take libido boosters sometimes and my partner understands my situation. So, there is no much pressure from him.

“Because of the way sex is, if you aren’t aroused, you can’t be wet. Hence, it leads to painful sex; so, we try with lubricants and we’ve taken time to understand my body and things that will arouse me during sex. So that works for us.”

She added that she takes anti-inflammation medication to help reduce the symptoms of the condition.

“I just take my drugs, trying to bring down the inflammation, and then I take care of my vagina through yoni steaming and smoke steaming.

“I do a few things that will make me feel sexy and trick my brain. Also, we take a while to allow build up so we could have sex.

“If we have sex today, we will wait like five days before we embark on it again. That way, my body is relaxed and there is a gradual build-up. This is not deliberate and it is not to say there is a timetable for it; it just seems to happen that way,” she said.

According to her, when lupus interferes with one’s sexual activity, “It’s kind of like being hungry but having a low appetite.

“You don’t want to be touched and you could stay without sex for as long as it takes and even when you are having the sex, your body won’t respond the way another person’s body will respond.

“The inflammation messes up with your system and keeps your libido low,” she said.
When Yvonne Chukwudebe was diagnosed with lupus in 2008, she was afraid it meant the end of her sex life.

“Sex was a big concern for me, especially when it was time for me to marry,” she says.

But Chukwudebe, now married, was relieved to find that there was no cause for alarm. She was able to work through her concerns with her partner.

“Ultimately, having a good relationship leads to good sexual life, staying close to one another, we still go for dates twice a month and we make sure we make time for each other.

“We don’t put pressure on ourselves to always have sex, sometimes just holding hands and spending time in each other’s company is enough.

“I also keep fit by exercising regularly, that helps too because a positive body image makes one feel good about sex,” she said.

Like Ilori, Chukwudebe also said pain, flares, and fatigue affect her and interfere with her sexual life.

A Consultant Rheumatologist at the Lagos State University Teaching Hospital, Ikeja, Dr. Hakeem Olaosebikan, noted that lupus patients can have sexual issues in many ways.

“Tiredness may reduce their sex drive. Joint pain (arthritis) also affects their sexual performance. Sex hormones level may be affected and can affect their sex drive

“Autoimmune attacks the secretory glands and reduces secretion, leading to painful sex. Arthritis and muscle pain in the genital region may also contribute to pain,” the physician added.

He suggested that applying lubricating ointments, taking a warm shower or bath are only supportive ways of promoting response to intimacy.

A consultant gynaecologist, Dr. Aloysius Inofomoh, however, said there was no one-way approach to assisting patients with lupus improve their sexual life.

According to him, some specific diseases might speed up their hormonal imbalance.

“The sex drive has to do with their minds. We don’t give them supplements.

“Most of the time, we sit them down, talk to them, and make a conscious effort for improvements and we get results. So, we give them counselling and psychotherapy.

“During counselling, we explore areas, look at what they do generally, their previous sexual lifestyle, their expectations, limitations and we make them realise that the decline

in sex drive might not be entirely abnormal and that it’s a work in progress,” Inofomoh said.

‘I’m lucky to have three children’

Ilori noted that for many lupus patients, most pregnancies go well, but there is an increased risk of miscarriage and premature birth.

“There’s a possibility of having premature birth because of the same reason and that is why the pregnancy of lupus patients is treated as high-risk pregnancy,” she explained.

For her, most of her serious flares occured during pregnancy. “For my recent baby, I was incapacitated during the pregnancy period. I’m still not normal, even after months of childbirth. My inflammation is still very high and my immunity is still low.

“Whenever I had my babies, I went into remission. Fertility exacerbates the symptoms because it is usually common among women during childbirth.

“I was lucky to have three children and I have been told that was my limit because with age, lupus progresses further and the chances of not coming out with neonatal lupus are quite low,” she explained.

Lupus affects nine females for every one male —Don

Professor of Medicine and Consultant Rheumatologist at LASUTH, Prof. Femi Adelowo told PUNCH HealhWise that lupus affects mostly females of all age groups, but most especially women of childbearing age.

“In Nigeria, it affects nine females for every one male and usually at an average of 34 years. It can affect every and any organ of the body – skin, joints, lungs, heart, kidneys, brain, womb, eyes, mouth.

“It is mostly seen in urban centres rather than rural centres, thus raising the likelihood of environmental factors being implicated. We do not have statistics for urban centres.

“In an average rheumatology clinic, it constitutes about 8-10 percent of all cases seen in such clinics.

“Data from studies in Agbowa area of Lagos, and Jos in Plateau State have shown only one or two of about 3,000 subjects studied at each of these towns,” Prof. Adelowo said.

Adelowo said lupus is a condition that many doctors may not be familiar with, but which is managed by specialists called rheumatologists.

He said it belongs to a group of conditions called auto-immune diseases.

“It is this condition in which the normal defence mechanism of the body, the ‘soldiers’ turn their ammunition, ‘chemical’, ‘nuclear’ on the body.

“The normal defence system has been programmed to recognise self cells and structures, but in an aberrant situation as in lupus, these systems turn their ammunition on the body, rather than our ‘enemies’ – germs such as bacteria and viruses. This aberrant attacks the body, with the ‘loyal’ cells putting up a resistance.

“There is a lot of fight and our body cells are destroyed. The rubbles from these epic battles constitute a ‘nuisance’ to the body which, if not cleared properly, causes inflammation or damage to the body.

The don added that lupus is just one of several many structures auto-immune diseases known.

“Others are rheumatoid arthritis, scleroderma, polymyositis, dermatomyositis, Antiphospholipid Syndrome, vasculitis, psoriasis, and psoriatic arthritis, and many others.

“But auto-immune diseases may also affect specific organs and structures such as the eye, liver, etc.

“Lupus affects mostly females of all age groups, but most especially women of childbearing age,” he noted.

The expert said there is, however, no cure for lupus yet; but many researches are going on currently to find a cure.

“By cure, we mean a magic bullet drug that you can take and that is it. No more doctors’ visits or drugs. However, it can be well managed if diagnosis and presentation are made early, and if the affected person takes her/his drugs and attends clinic regularly.

“Also, those affected should avoid alternate medicines. They should rest especially when the sun is out. They should also exercise and eat a balanced diet,” he said.