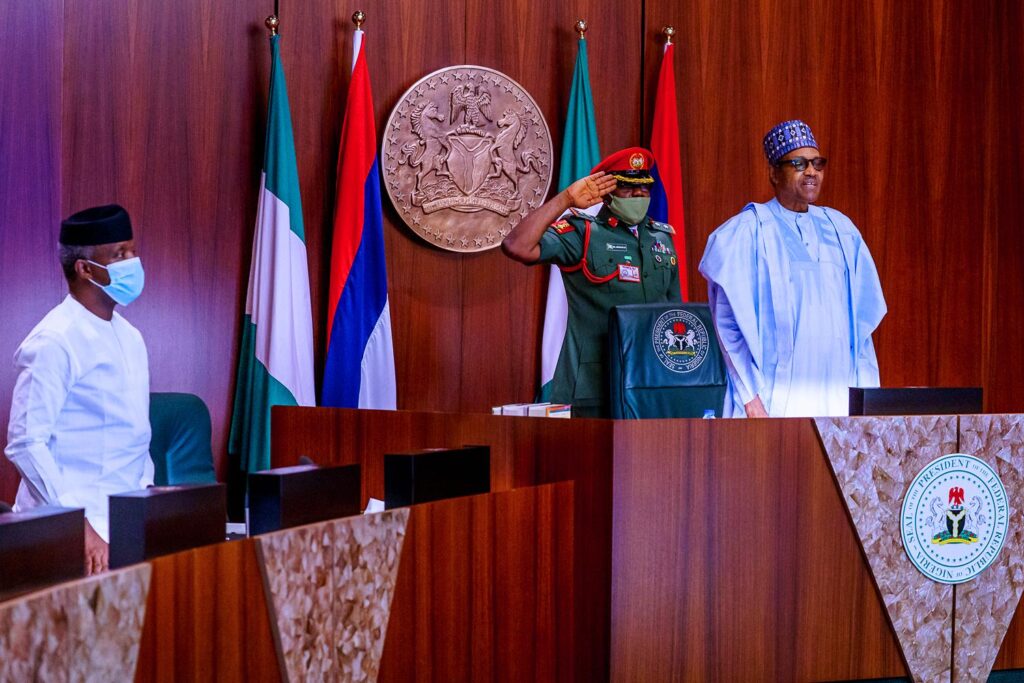 President Muhammadu Buhari on Wednesday presided over the 13th weekly virtual Federal Executive Council (FEC) meeting at the State House in Abuja and before the commencement of the meeting swore-in 12 permanent secretaries at the Council Chambers which was witnessed by the Vice President, Yemi Osinbajo.

The Head of Service of the Federation (HoSF), Dr. Folade Yemi-Esan had in June issued a statement concerning their appointment.

Also physically attending the meeting are the Secretary to the Government of the Federation (SGF), Mr. Boss Mustapha; the Chief of Staff to the President, Professor Ibrahim Gambari; and the National Security Adviser (NSA), Major General Babagana Monguno (rted).

Meanwhile, the Head of Service of the Federation, Yemi-Esan, and some ministers virtually joined from their various offices.