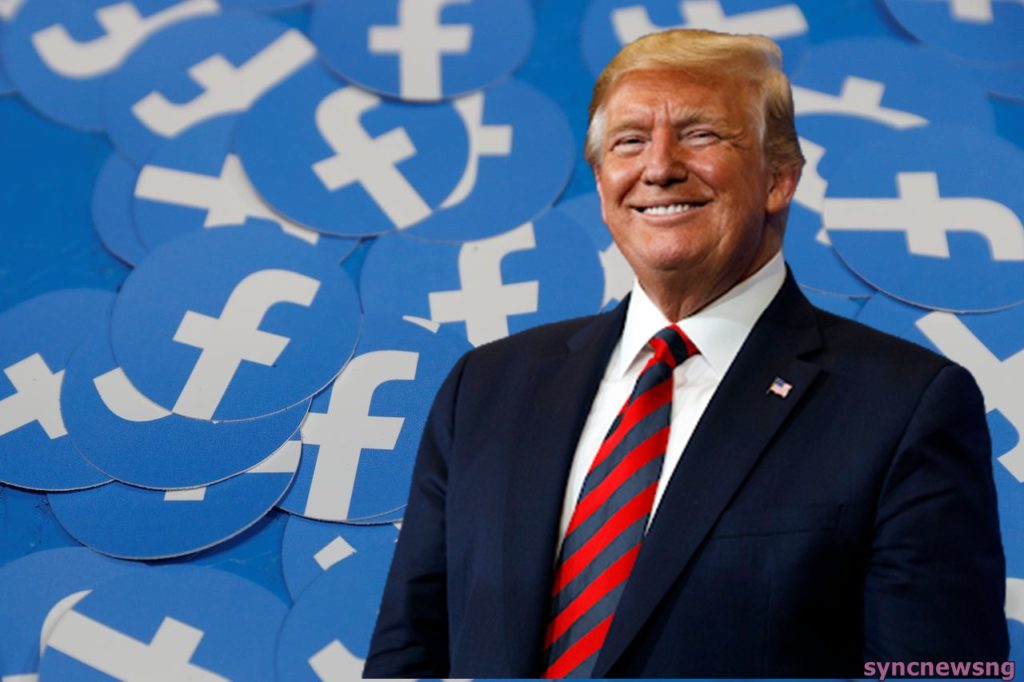 The campaign according to Facebook also violated its policy on hate speech, but the Trump campaign pushed back hard by arguing they were showing a “symbol used by Antifa” to push back against far-left groups.

The leading social network, which has drawn fire over its hands-off approach to political speech in recent months, said in a statement the campaign messages violated a policy against “organised hate” and were taken down as a result.

“We don’t allow symbols that represent hateful organisations or hateful ideologies unless they are put up with context or condemnation,” Facebook head of security policy Nathaniel Gleicher said at a House of Representatives committee hearing.

“That’s what we saw in this case with this ad, and anywhere that that symbol is used we would take the same actions.”

Facebook’s move against the ads targeted when the contended are dangerous far-left groups comes amid heated debate between social platforms and political leaders on what content may be allowed or banned.

In a tweet from a “Trump War Room,” the campaign contended the upside-down red triangle symbol at issue was “widely used” in reference to left-wing activist group Antifa.

Watchdog group Media Matters replied with a tweet saying that is certainly not the case.

Since early this month, the Trump campaign has been running “fearmongering” ads about what it says is a far-left group called “antifa,” according to Media Matters.

The upside-down red triangle was apparently a new addition to the ad. “Despite violating Facebook’s terms of service, the ads were approved by Facebook in the first place,” said Media Matters president Angelo Carusone.

Facebook has steadfastly rejected calls to fact-check politicians including a plea from Democratic White House hopeful Joe Biden to clamp down on what he called rampant disinformation from the White House.

Facebook founder Mark Zuckerberg has said the platform will steer away from moderating political speech but would enforce its rules barring content promoting harm.