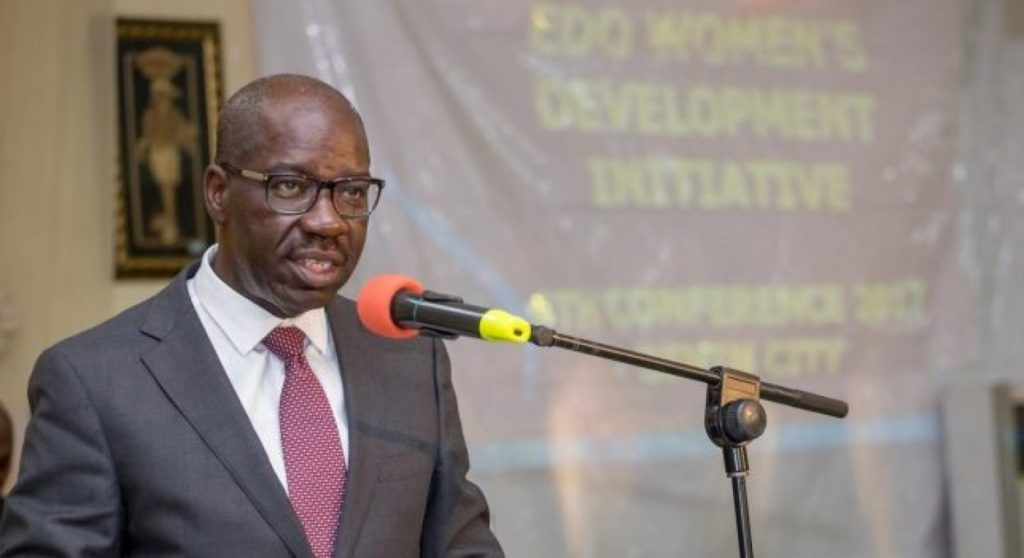 Edo State Governor Godwin Obaseki has emerged the governorship candidate for the People’s Democratic Party (PDP) for the September 19 governorship election in the state.

The Party made this known on Thursday at its primary held at the Samuel Ogbemudia International Stadium Benin City.

Obaseki emerged the party’s candidate after his closest rival to the PDP governorship election ticket Ken Imasaugbon stepped down from the race minutes into the primary election.

In 2016, Ize-iyamu was PDP’s candidate while Obaseki with the backing of his erstwhile political godfather Adams Oshiomhole contested under APC and won the election.

In June 2020, Obaseki left the APC after he was disqualified by the party’s screening committee for the primary election.

Obaseki accused the party of bias in the screening process and defected to the PDP days after.

Ize-iyamu on the other hand emerged the APC governorship candidate after the party’s primary election.