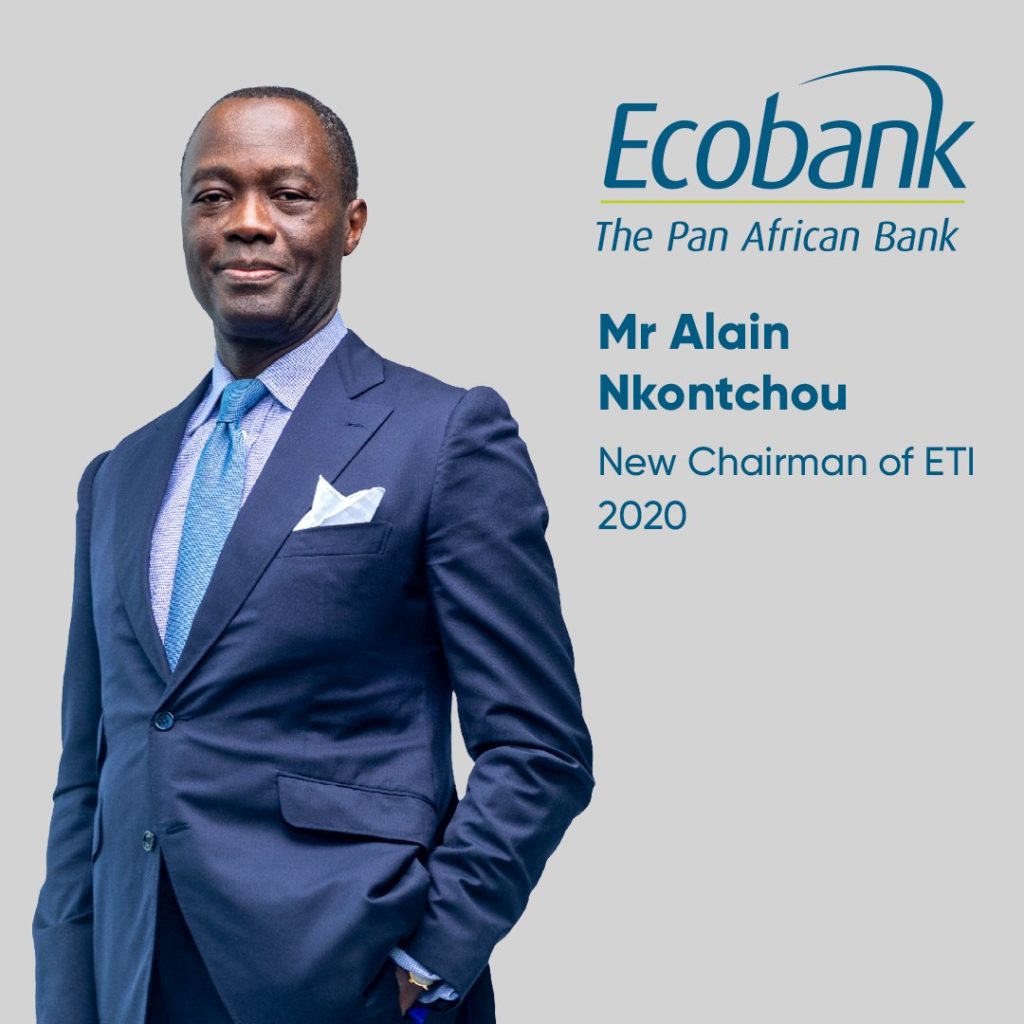 Ecobank Transnational Incorporated (ETI) has announced the appointment of Camerounian Alain Nkontchou as its new Chairman of the board of directors.

Nkontchou has been serving as an Independent Non-Executive Director of the pan-African banking group since 2015. A statement released by ETI confirmed that his latest appointment took effect on June 30, 2020.

Nkontchou who was the Executive Director of the bank before his appointment replaces Nigerian-born Emmanuel Ikazoboh who has ended his six year tenure as Chairman on 30 June 2020 having reached the retirement age of 70.

The appointment of Nkontchou which was in accordance with ETI’s Articles of Association was disclosed on the Nigerian Stock Exchange website.

The new Chaiman Alain Nkontchou said, “I am honoured to be appointed as Chairman of Ecobank Transnational Incorporated.

“Having served on its Board since 2015, I have seen Ecobank’s resilience and its proud history, built on strong foundation to secure the Bank’s future success. I look forward to working with the Board and Executive team as we continue our journey ahead and I know that we are well-placed to navigate through the current environment and set the standards in financial services for our customers across Africa.

” I would also like to express my thanks to my predecessor, Mr Emmanuel Ikazoboh, for his leadership of the Board and to wish him all the best for the future.”

Chief Executive Officer of Ecobank Group, Ade Ayeyemi stated, “The entire Management of the Group and I warmly welcome Mr. Nkontchou as GroupChairman. We will give him and the Board our continued full support in ensuring the realisation of the strategic imperatives of the Ecobank group.

“Mr. Nkontchou has always utilised his wealth of experience on the Board and we look forward to his successful and strong leadership”.

Alain Nkontchou is the Managing Partner and co-founder of Enko Capital Management LLP, an asset management company based in London and Johannesburg, which focuses on African investment opportunities.

Mr Nkontchou was an advisor at Laurent Perrier champagne, having been a Non-Executive Director from 1999 to 2009. He was Managing Director of Credit Suisse’s Global Macro Trading Group in London between 1995 and 2008 and also at JP Morgan Chase & Co. in the same capacity. Between 1989 and 1994, he was with Chemical Bank in Paris and New York, where he became Vice- President, Head of Trading and Sales.

Mr Nkontchou has a track record of business success, having generated significant dollar revenues for each of these top tier institutions. He has an MSc in Electrical Engineering from Supélec and P.M. Curie University, Paris, and an MSc in Finance and Accounting from ESCP (Ecole Supérieure de Commerce de Paris).

Ecobank Transnational Incorporated (‘ETI’) is the parent company of the Ecobank Group, the leading independent pan-African banking group. The Ecobank Group employs over 14,800 people and serves about 24 million customers in the consumer, commercial and corporate banking sectors across 33 African countries.

ETI is listed on the Nigerian