Ebonyi Gov. Umahi Calls For Creation Of Special Courts Over Rape, Other Crimes 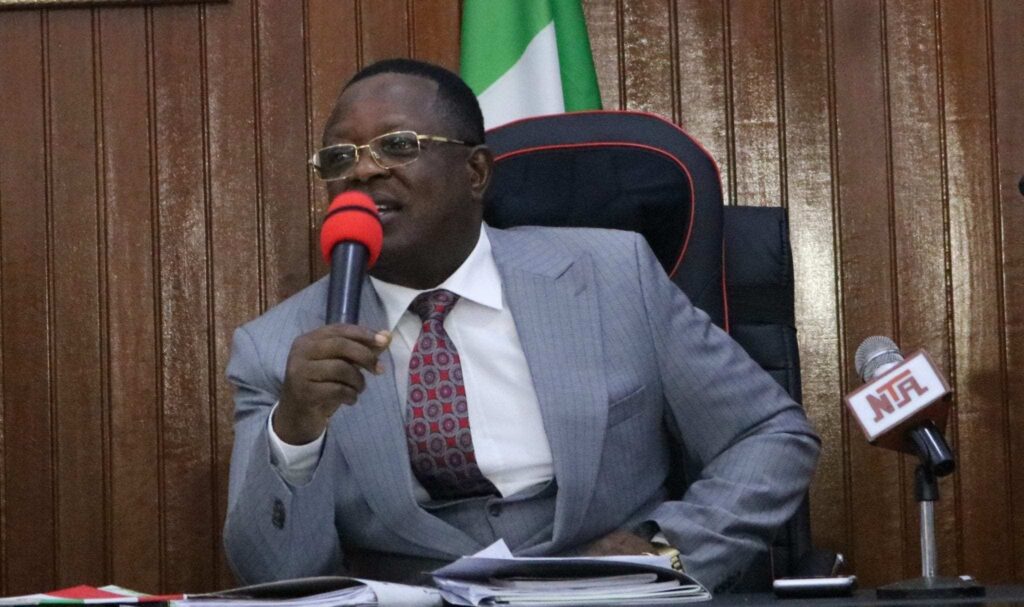 Ebonyi State Governor, David Umahi has called for the urgent creation of special courts in the state.

In a communique issued after a Security Council meeting on Tuesday in Abakaliki, Governor Umahi said the move is necessary to try offenders of COVID-19 laws, cases of cultism, herdsmen attack, rape, and killings in the state.

The governor who said the special court will resolve the cases of rape, killings, attack in some communities suspected to be members of Miyetti Allah, added that these incidents have led to the destruction of farmlands and disruption of peace in the communities affected.

He warned the leadership of the association that they will be held responsible for any destruction of crops, rape, killing, and attack on communities if they do not produce the perpetrators of the evil act amongst their membership within seven days for arrest and prosecution.

Governor Umahi also asked the community leaders and other political stakeholders in the state to take responsibility in their communities.

In doing this, he urged them to produce attackers on herdsmen and their cows for arrest and prosecution, whenever such occurs within seven days.

While expressing worry over the killings and attacks in the communities, Governor Umahi directed that all herders must reside within communities where they graze their cows.