We Sacked Our Pilots, Others Due To COVID-19 Downturn – Air Peace 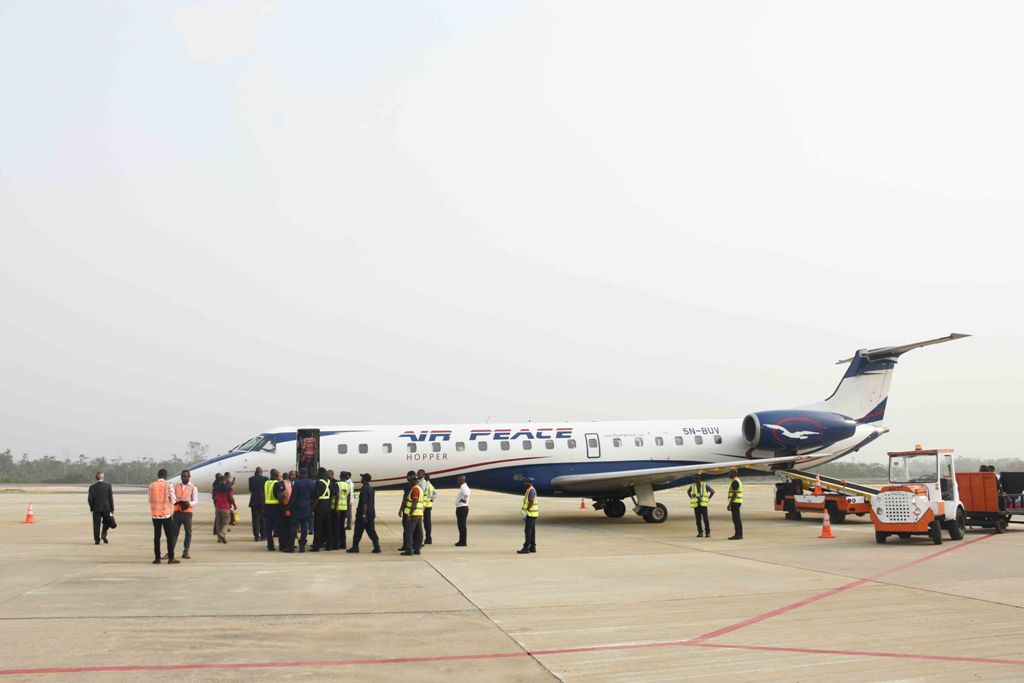 Air Peace has sacked some pilots and implemented  pay cuts ranging from one per cent to 40 per cent in a bid confirmed the termination of some of its pilots contracts across its fleet.

According to a statement issued by the Spokesperson, Stanley Olisa, the management of the airline linked the disengagement of the pilots contract to the devastating impact of COVID-19 pandemic.

Although the company did not mention the number of pilots that were disengaged.

The company said, “The Management of Air Peace wishes to state that it has taken a very painful but rightful decision, in the circumstances the airline has found itself as a result of the devastating effects of the COVID-19 pandemic on its operations and financial health to terminate the employment of some of its pilots.

“This decision was taken for the greater good of the company and its almost three thousand workforce, the affected pilots inclusive.

“The airline cannot afford to toe the path of being unable to continue to fulfill its financial obligations to its staff, external vendors, aviation agencies, maintenance organisations, insurance companies, banks and other creditors.

“Hence, the decision to restructure its entire operations with a view to surviving the times.

“The pandemic has hit every airline worldwide, so badly that it has become very impossible for airlines to remain afloat without carrying out internal restructuring of their costs.

“Anything short of what we have done may lead to the collapse of an airline as could be seen in some places worldwide during this period.

“Therefore, we decided to review the salaries being paid to all staff. The new salaries reflect a 0-40 per cent cut of the former salary depending on the salary grades of every staff.

“Even after the cuts, it was obvious that for us to be able to sustain our operations and survive the times, some jobs must inevitably have to go,” the statement said.

The management said that Air Peace had never, for one day, ever owed salaries to its workers in its almost six years of existence, pilots inclusive.

It said rather the management of Air Peace had always been known to be increasing salaries of its employees periodically without being prompted by staff.

“In fact, in one fell swoop, Air Peace increased the salaries of pilots by over 100 per cent in one day!

“Our salaries have always been paid even before the end of the month in the last five years.

“So, we love all our staff. This decision is inevitable under the circumstances we find ourselves.

“In order to protect the continuity of the majority of the existing jobs and the possibility of creating new ones in future, the survival of the airline is of paramount importance.

“When everything comes back to normal, those pilots affected today will have a place to come back to in future, if they so wish,” the statement added.

It said that the decision was a reflection of the negative impact of the pandemic on airlines and aviation worldwide.

“We are trying times. Even the biggest airlines in Europe, America, Middle East, Asia, Australia and, indeed, Africa, are all either slashing jobs and cutting salaries in order to remain afloat or are shutting down.

“Air Peace is not immune from these challenges,” the statement said.