More Than 40 million Get NINs To Escape SIM Ban 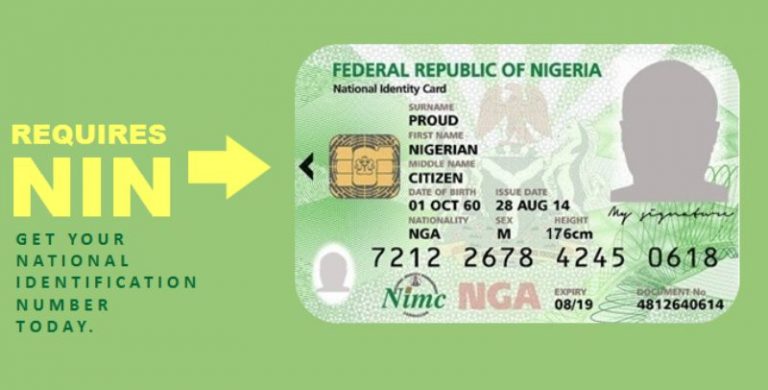 Over 41.59 million Nigerians have obtained their National Identification Numbers since the Federal Government first banned the sales of SIM cards in December 2020, a latest data from the National Identity Management Commission (NIMC) shows.

In December 2020, the Federal Government banned the sale of new SIM cards and other related activities following its directive asking subscribers to link National Identity Numbers with their SIM cards.

It stated that it wanted to carry out an audit to verify if Mobile Network Operators were complying with the quality standards and requirements of SIM card registration as issued by the Ministry of Communications and Digital Economy and the Nigerian Communications Commission.

A statement by the commission had said, “Accordingly, Mobile Network Operators are hereby directed to immediately suspend the sale, registration, and activation of new SIM Cards until the audit exercise is concluded, and Government has conveyed the new direction.

“However, where it is absolutely necessary, the exemption may be granted in writing by the Commission following approval from the Federal Government.

“MNOs are to please note that non-compliance with this directive will be met with strict sanctions, including the possibility of withdrawal of operating license.

“As the minister has earlier directed in January 2020, all citizens are urged to immediately secure Digital Identification from the National Identity Management Commission and submit it to the Network Operators.”

At of the time of effecting the SIM ban, 44 million Nigerians had NINs. After banning the sales of SIM and other related activities, telecommunication subscribers groaned, and experts said the impact was going to impact negatively on the sector.

However, the figure has increased significantly, according the latest data from the NIMC.

Recall that in its 2021 industry report, the NCC had said “The decrease in Operators’ subscriber base was attributed majorly to the effect of the directive from NCC in December 2020 to all GSM Operators to suspend the sale and registration of new SIMs, SIM swaps and all porting activities.

“The objective of the audit exercise was to verify and ensure compliance by Mobile Network Operators with the set quality standards and requirements of SIM Card Registration as issued by the Federal Ministry of Communications and Digital Economy and the Commission.”

The Federal Government lifted the ban on SIM sales and related activities in April, 2021. While announcing the ban lift, the government mandated the issuance of new SIMs and other suspended activities that could only be carried out after a SIM-NIN verification exercise.

A statement by the Technical Assistant (Information Technology) to the Minister of Communications and Digital Economy, Dr Femi Adeluyi, said, “The implementation of the policy will commence on Monday, 19th of April 2021.

“The issuance of new SIMs and other suspended activities will resume on the same date, as long as verification is done and the guidelines are fully adhered to. The minister has also directed Nigerian Communications Commission and National Identity Management Commission to ensure that the provisions of the policy are strictly followed by all operators and subscribers.”