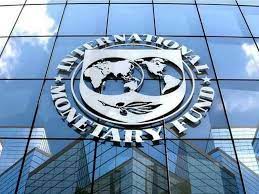 The International Monetary Fund, IMF, has raised an alarm that a third of the global economy risks recession in 2023.

Managing Director of the IMF, Kristalina Georgieva, disclosed this in an interview with CBS News. Georgieva said: “We expect one-third of the world economy to be in recession. Half of the European Union will be in a recession this year.”
Earlier, a multinational investment bank, Goldman Sach stated that global economic growth would slow to 1.8 per cent in 2023.