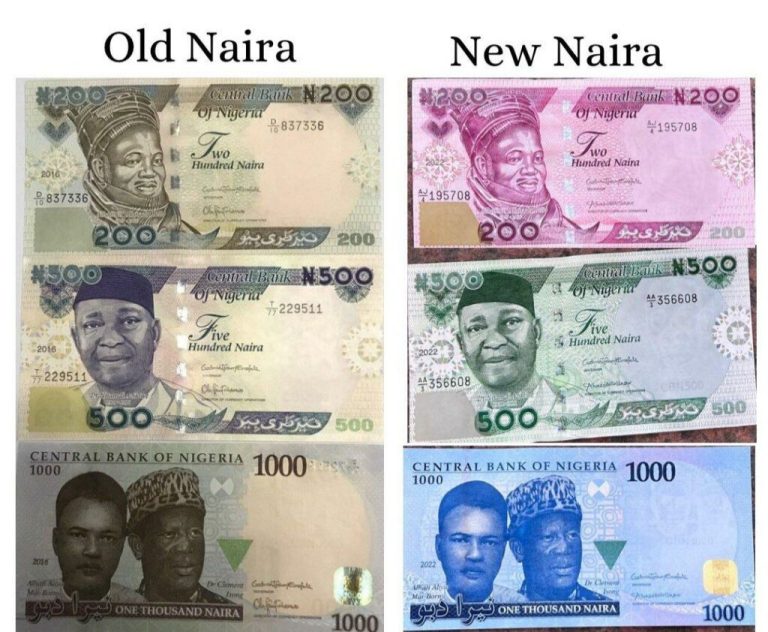 The former Chairman of the Nigerian Bar Association, NBA, Gusau Branch (covering Zamfara State), Bello Galadi has raised the alarm that about 70 per cent of Nigerians, mostly dwellers of rural areas, are about to be taken unawares by the January 31st deadline issued by the government to withdraw the old currency notes from circulation in the country.

Galadi who in a statement issued to Vanguard on Monday objected to the deadline noted that the majority of the persons living in the rural areas were faced with one challenge or the other which serves as the bottleneck to meeting up with the government deadline.

The former Chairman however appealed to the government to allow the new notes to go hand-in-hand with the old notes till December 2023 or until such a time when the government has put in place the necessary infrastructure for the seamless withdrawal of the old notes.According to him, “I personally have no problem with the CBN policy of redesigning the N200, N500 and N1, 000 notes. My main objection is the speed with which the CBN intends to withdraw the notes from circulation.

“The CBN had set 31st January 2023 as the deadline for the withdrawal of the old notes.

“By Section 14(2)(b) of the Constitution of the Federal Republic of Nigeria (1999 as amended), the primary responsibility of every government is the security and welfare of the people.

“In my humble opinion, the new notes should go hand-in-hand with the old notes till December 2023 or until such a time when the government has put in place the necessary infrastructure for the seamless withdrawal of the old notes,” Bello maintained.

He added, “In Zamfara State, for instance, there are quite a number of Local Government Areas without banks. It is not feasible and convenient for the people of those Local Government Areas to take their money to the banks within the time stipulated by the CBN. It is obviously unsafe to move cash in Zamfara State for fear of attack from bandits and armed robbers.
“The National Bureau of Statistics said as much as 70% of Nigeria’s population live in rural areas.
There are no banks in most of the rural areas in Nigeria. Even in the cities, some ATM Machines don’t dispense cash. There is no internet connectivity to operate POS in rural areas. No good roads. No electricity. No Smartphones. The illiteracy level is too high.

“For the government to withdraw the old notes from circulation, it should provide adequate security in the urban and rural areas, so that people could move their cash freely to the banks. There should also be at least one bank in every Local Government headquarters throughout the country. There should be more ATM Machines readily to dispense cash. There is a need to deploy more POS operators in urban and rural areas and ensure that their operation is effective. The government needs to do whatever it takes to raise the literacy level among the people. There should be internet connectivity and a stable power supply throughout the country.

“Government should also embark on robust public sensitization and enlightenment on the withdrawal of the notes, otherwise 70% of the population will be taken unawares. Government equally needs to address the issue of interest rates and bank charges. It is too high for a typical villager like me.

“Until the Federal Government adequately addresses the issues highlighted above, we cannot be said to be ready for the withdrawal of the old notes,” the former NBA Chairman, Galadi however stated.