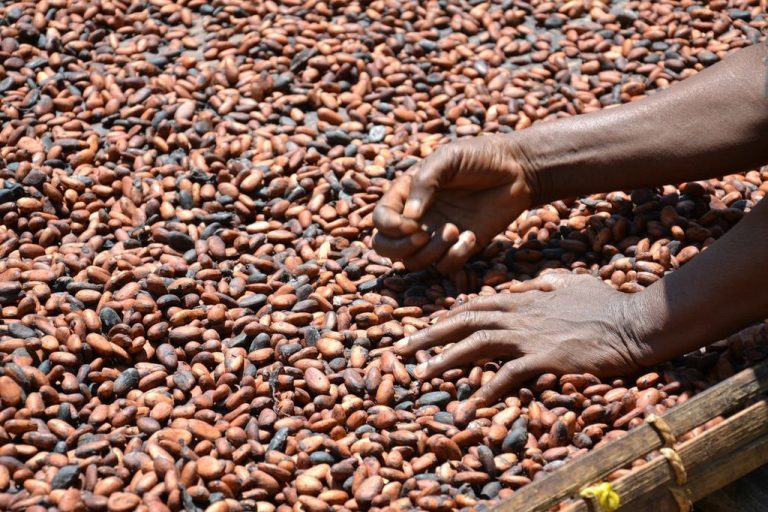 Abubakar made the projection known during a courtesy visit led by the Executive Director, International Cocoa Organization, ICCO, Arrion Michel, at his office in Abuja.

He made the projection based on the frantic effort cocoa farmers, stakeholders and government are making to galvanize the cocoa industry with the aim of occupying the top three positions currently having Cote d’Ivoire, Ghana and Ecuador respectively.

He also said there is an initiative on improving the cocoa varieties farmers are using for maximum production of the commodity.

However, the Minister reiterated importance of traceability and transparency in the cocoa industry including the National Cocoa Farm Irrigation, improvement of the cocoa sector through research, input delivery, production, value addition, processing and export.

He said: “Recently, Nigeria has made a remarkable move to join the Living Income Differential (LID) initiatives which was established by Cote d’Ivoire and Ghana in 2019 which aims at guaranteeing the livelihood of small holder farmers through LID of $400/tonne of cocoa beans sold.

“The two countries are benefiting while Nigerian cocoa farmers are at disadvantage of this benefit due to unregulated and liberalized cocoa industry in the country.

“The interactive meeting between Nigerian delegation and Ghana cocoa board has yielded a positive result with the recent approval by ministry to establish the National Cocoa Management Committee (NCMC).

“The committee  will consist of all relevant stakeholders in the Nigerian cocoa industry,  develop a framework for the regulation and monitoring of all activities in the cocoa sector in order to achieve transparency, traceability and sustainability.”

Meanwhile, the Minister said there are moves to back up the NCMC with legislation by the National Assembly.

He also assured that the Ministry would implement the LID system in Nigeria as the country strives to take cocoa production to a new height.

According to Michel, Africa produces about 80 per cent of cocoa globally, but the price is determined in Europe, which he pointed that there is need to address the issues of market forces in cocoa trading.

“Cote d’Ivoire, Ghana and Ecuador are the major producers of cocoa while Nigeria is the fourth producer of the commodity.

“The product is key to smallholder farmers in many countries”, he said.