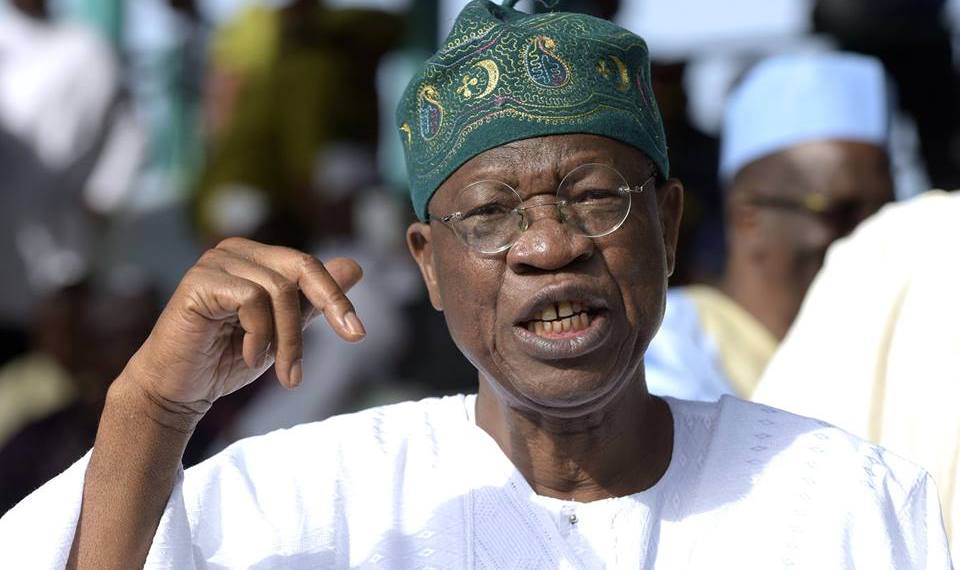 The Senate on Tuesday tackled the Minister of information, Lai Mohammed, over zero per cent performance of a controversial project fully funded by the Ministry of Finance for execution by his Ministry in the 2020 fiscal year.

Tagged ERPG 10145116, and listed as “completion of NTA Gashua sub-station ongoing” the project had its allocation of N250m fully released to the Ministry.

The Minister led other top officials of his Ministry to the Senate on Tuesday o defend their 2021 budget estimates.

Chairman, Senate Committee on information, Senator Abdullahi Sankara maintained that the Minister of information has a lot of explaining to do over the project that has 100 per cent funding releases without any work being done.

The controversy over the project started when the Minister explained that the project was sponsored by a lawmaker as constituency project and insert same into its 2020 budget.

Senators present at the Senate panel took exception to this and took turns to query the minister over the project, condemning the slow pace of work on a project that should have received accelerated delivery with the requisite fund being made available and insisted that it is not a constituency project.