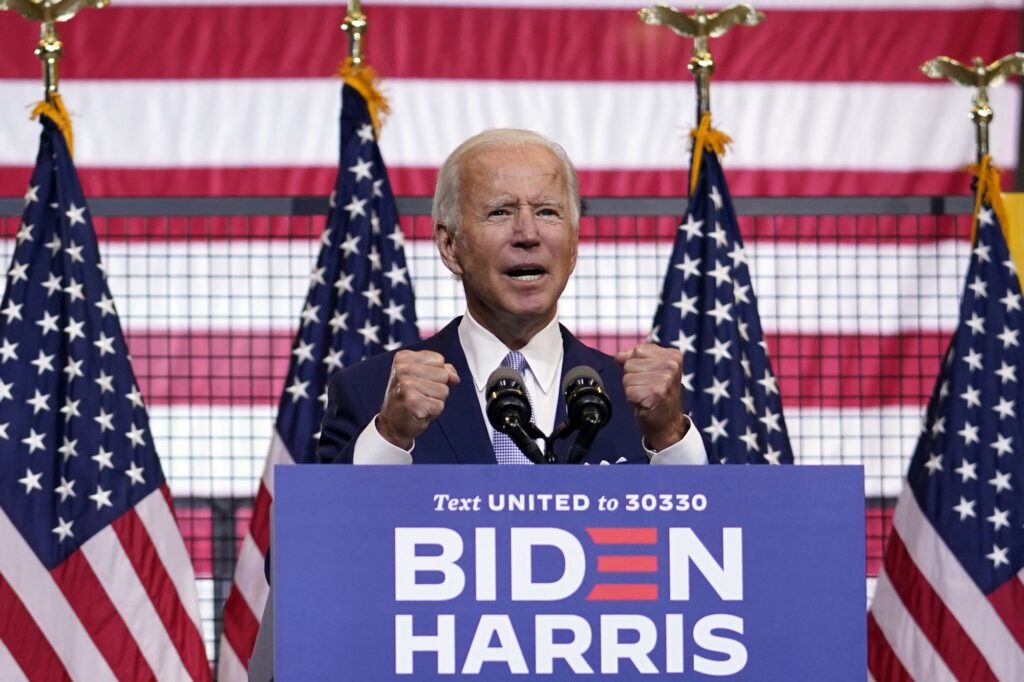 Democratic presidential nominee Joe Biden on Wednesday announced that he hauled in a record-shattering $364.5 million in fundraising in August.

“Last month we raised $364.5 million — 95% of the donations from grassroots supporters like you and the majority online. Working people are powering our campaign — and I’m grateful. We’ve got a long way to go to close the fundraising gap and win — but we can do it. Together,” the former vice president touted on Twitter.

The fundraising – split among the Biden campaign, the Democratic National Committee (DNC) and their shared committees – shattered the previous monthly record by a presidential campaign, which was set by then-Democratic nominee Barack Obama in September 2008 when he brought in $193 million.

The former vice president’s campaign touted in a statement that “these figures represent the best month of online fundraising in American political history.”

The Biden campaign also announced that there were more than 1.5 million first-time donors in August, and that $205 million — or 57% of the total haul — came from online, small-dollar donations.

Biden, in his statement, warned that “just this week a new Trump Super PAC launched $30 million in new ads full of lies. So we have to keep pushing the limits of what we thought was possible. We have to keep breaking records if we want to ensure a fighting chance at winning this thing.”

Biden’s haul was expected to be eye-popping. His campaign announced a week and a half ago that it and the DNC brought in $70 million during the four-day Democratic National Convention. That staggering haul came a week after the Biden campaign announced that it raised $48 million in the 48 hours after the former vice president announced Sen. Kamala Harris of California as his running mate.

Small-dollar grassroots donations have poured into the Biden campaign the past month, as well as contributions from top-dollar donors from Wall Street on the East Coast to Silicon Valley and Hollywood on the West Coast.

Biden and Harris participate in a virtual grassroots fundraiser at the Hotel DuPont in Wilmington, Del., Aug. 12, 2020. (AP Photo/Carolyn Kaster)

The former vice president, who declared his candidacy in April of last year, struggled to bring in cash for much of his campaign. He raised just $8.9 million in January and $18 million in February. But he saw his fundraising spike starting in March as he became the clear front-runner for the Democratic nomination and much of the party coalesced around his White House bid. Biden became the presumptive Democratic presidential nominee in April as his last remaining primary rival – Sen. Bernie Sanders of Vermont – dropped out of the race and backed the former vice president.

President Trump has yet to announce his August fundraising figures.

Trump’s reelection campaign, the Republican National Committee (RNC) and their joint fundraising committees combined brought in $165 million in contributions in July. They also touted that they had more than $300 million cash on hand as of the end of July.

As Fox News first reported last Friday, the Trump campaign and the RNC touted that they hauled in a massive $76 million last week during their four-day Republican National Convention.

The president has been raising money for his reelection bid since entering the White House more than three and a half years ago. And the reelection effort’s hauled in an unprecedented $1.2 billion the past two years.

Along with polls, fundraising is another crucial campaign metric. The fundraising dollars can be used by candidates to hire more staffers, increase grassroots voter outreach efforts, and produce and run TV, digital, radio, print ads and direct mail.