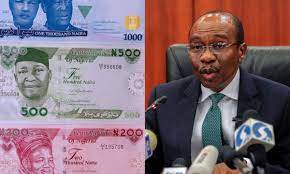 He said that although the effects of past policy decision were being felt in the reduction of the rate of inflation, the result was not yet good enough to hold or reduce the MPR.

He also reiterated that there would be no extension of the January 31 deadline for the Naira redesign policy.

According to him, all those who had the old notes had enough time to take them to the bank or swap them for the new ones within the time frame.

Emefiele said: “I must say that unfortunately, I don’t have good news for those who feel we should shift the deadline, my apologies.

“The reason is because 90 days (we feel it’s 100 days) should be enough for those who have the old currency (Naira notes)to deposit it to the banks.”

He explained that only N370. 386 billion had been collected through Deposit Money Banks since the policy became effective in 2016.