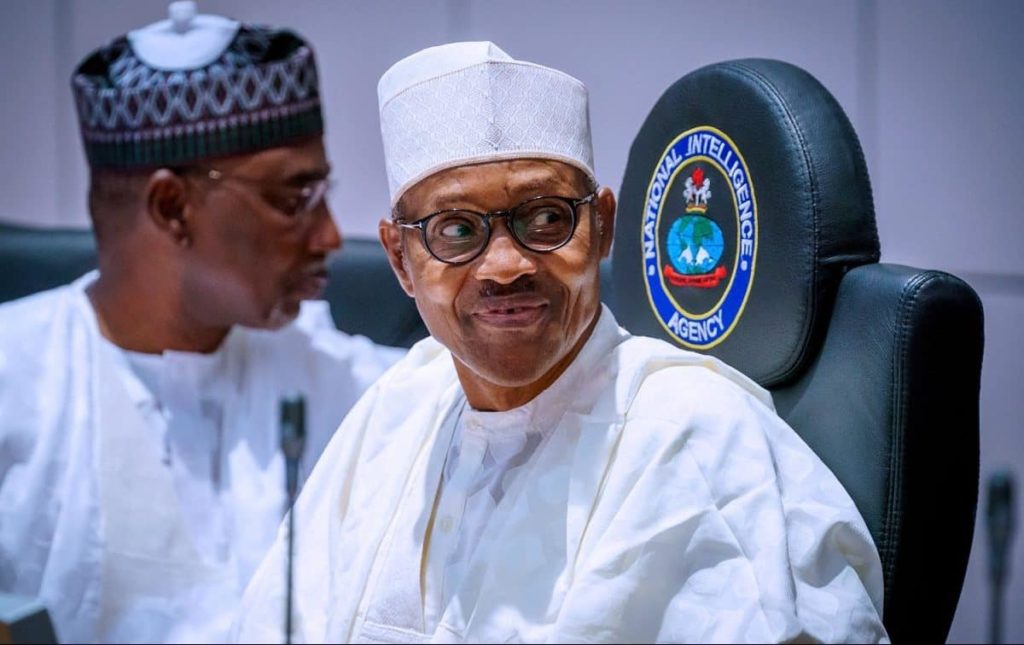 President Muhammadu Buhari, has said he supports Victor Giadom as the acting chairman of the ruling All Progressives Congress (APC).

The president also expressed his readiness to attend the virtual meeting of the party’s National Executive Council meeting that Giadom announced that will hold at the Presidential Villa, Abuja on Thursday.

The Senior Special Assistant to the President on Media and Publicity, Garba Shehu, disclosed this on Wednesday while answering questions from State House correspondents.

Shehu said, “The President has received very convincing advice on the position of the law as far as the situation in the party is concerned and has determined that the law is on the side of Victor Giadom as Acting National Chairman.

“Because he will always act in accordance with the law, the President will be attending the virtual meeting Giadom called for tomorrow afternoon.

“We urge the media to stop promoting manufactured controversies and to not give any further room for mischievous interpretations of the law on this matter.

“In addition to the President, the Giadom meeting will, hopefully, be attended by our Governors and the leaders of the National Assembly.”

With this development, it appears the President has dumped the suspended chairman of the party, Adams Oshiomhole, and the party’s National Working Committee.