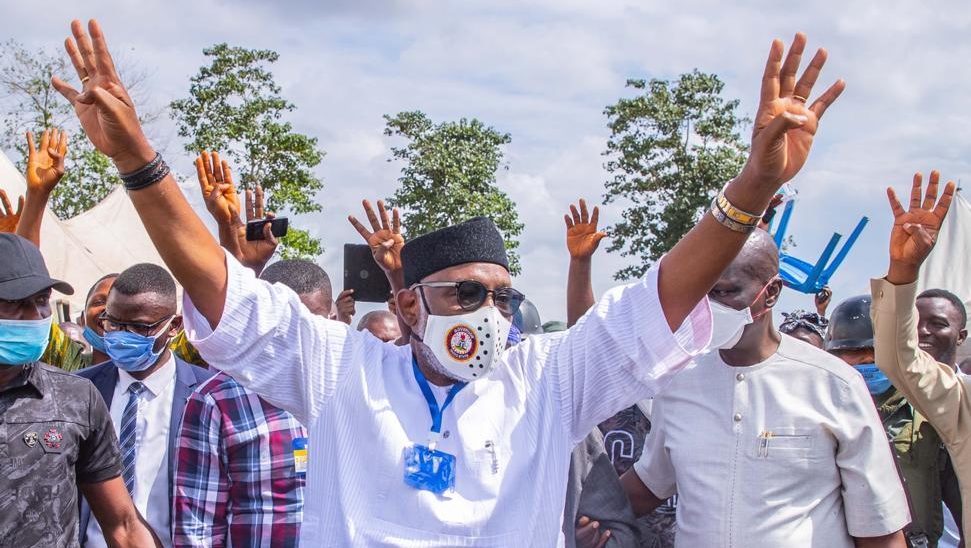 Governor Rotimi Akeredolu has emerged the winner of the Ondo State All Progressives Congress (APC) Guber primary which took place on Monday.

Akeredolu polled 2458 votes to defeat other nine aspirants in the election.

Two aspirants, IfeOluwa Oyedele and Olusegun Abraham had earlier stepped down for Akeredolu in the election.

The chairman of the election, Governor Yahaya Bello of Kogi state announced the result after voting, sorting and counting of the votes.

In his acceptance speech, Governor Akeredolu thanked the Chairman and the committee members for conducting the election in a free and fair manner.

He also appreciates President Muhammadu Buhari, the National Leader of the party, Bola Tinubu and other leaders of the APC for their support.

The Governor also commends the state leadership of APC as well as all the delegates.