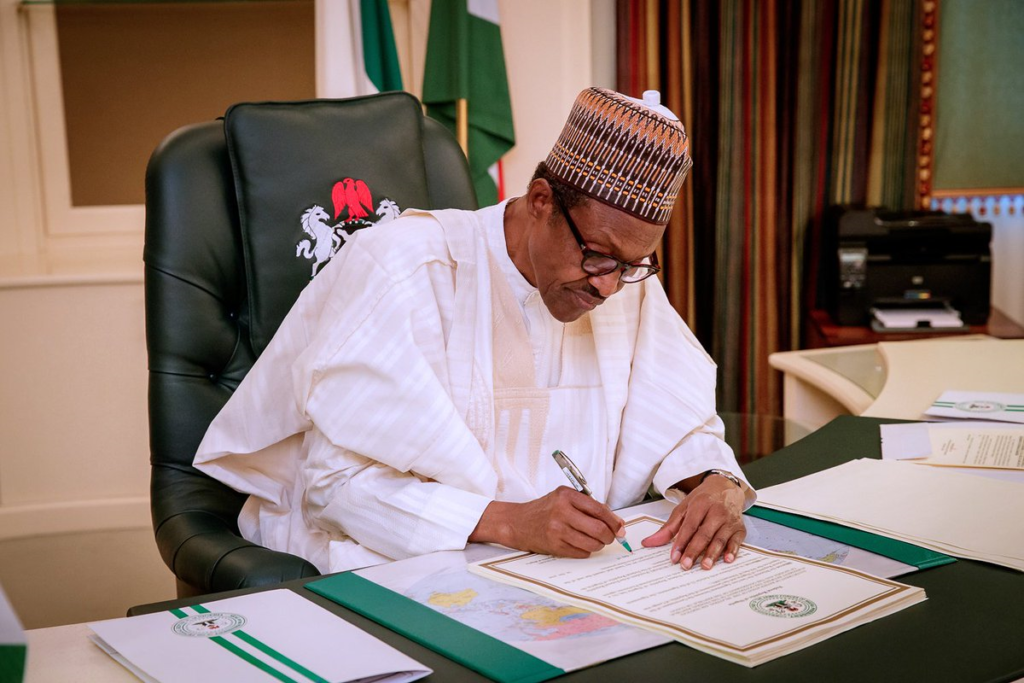 President Muhammadu Buhari  has approved the transfer of the National Identity Management Commission (NIMC) to the Federal Ministry of Communications and Digital Economy.

It was gathered that the approval for the transfer was based on the President’s consideration of the critical role of the NIMC towards the realisation of the objectives of the National Digital Economy Policy and Strategy for a Digital Nigeria, Punch reports.

This was disclosed in a statement issued on Monday by the spokesperson to the Minister of Communications and Digital Economy, Uwa Suleiman.

The statement was entitled, “President Buhari approves the transfer of NIMC to the Federal Ministry of Communications and Digital Economy.”

The communications ministry explained that the the transfer would ensure that synergy and effective ministry supervisory mechanism is put in place to coordinate, monitor and track the progress of Federal Government’s digital transformation initiatives.

The statement stated that Pantami had within his first year in office resolved the communications sector’s decade-long dilemma of Right-of-Way charges.

It said Pantami was also able to secure the President’s approval for the provision of security as well as designation of telecommunications infrastructure as critical national infrastructure, among others.

The NIMC is mandated to create, manage, maintain and operate the national identity database established by the NIMC Act, 2007.

In an effort to realise this, the commission has so far registered around 41 million eligible enrollees for the National Identity Number.

The Nigerian Communications Commission on the other hand has details of over 191 million mobile subscribers.

The agency, according to the statement, had also reached an advanced stage on the implementation of the National Public Key Infrastructure.

It added that Galaxy Backbone Limited was also providing services to government agencies, such as infrastructure, software, etc.

“The need therefore for NIMC, NCC, NITDA and GBB to work closely together under the supervision of one ministry towards harnessing what has already been achieved cannot be overemphasised,” the ministry stated.

It assured Nigerians as well as residents that appropriate measures would be put in place to ensure that all the agencies deliver on their respective mandates.