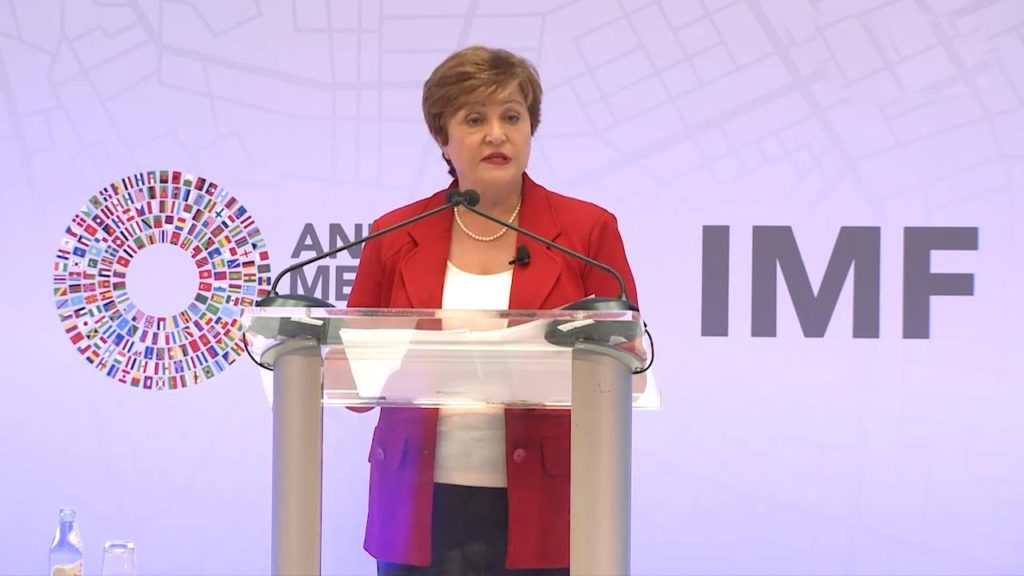 The International Monetary Fund has said Nigeria’s economy will shrink by 5.4 per cent in 2020.

The IMF had however in April 2020 projected that the country’s economy would contract by 3.4 per cent this year.

The IMF disclosed this in its overview of the World Economic Outlook for June, titled, ‘A crisis like no other, an uncertain recovery’, which was released on Wednesday.

It stated that, ‘Global growth is projected at –4.9 per cent in 2020, 1.9 percentage points below the April 2020 World Economic Outlook forecast.

“The COVID-19 pandemic has had a more negative impact on activity in the first half of 2020 than anticipated, and the recovery is projected to be more gradual than previously forecast.”

The report said for the first time, all regions were projected to experience negative growth in 2020.

It said there were, however, substantial differences across individual economies, reflecting the evolution of the pandemic and the effectiveness of containment strategies; variation in economic structure; reliance on external financial flows, including remittances; and pre-crisis growth trends.

Part of the report read, “In China, where the recovery from the sharp contraction in the first quarter is underway, growth is projected at 1.0 per cent in 2020, supported in part by policy stimulus.

“India’s economy is projected to contract by 4.5 per cent following a longer period of lockdown and slower recovery than anticipated in April.”

According to the report, in Latin America, where most countries are still struggling to contain infections, the two largest economies, Brazil and Mexico, are projected to contract by 9.1 and 10.5 per cent, respectively, in 2020.

“The disruptions due to the pandemic, as well as significantly lower disposable income for oil exporters after the dramatic fuel price decline, imply sharp recessions in Russia (–6.6 per cent), Saudi Arabia (–6.8 per cent), and Nigeria (–5.4 per cent), while South Africa’s performance (–8.0 per cent) will be severely affected by the health crisis,” it said.

The IMF, however, increased its projection for 2021 to 2.6 per cent from the initial projection of 0.2 per cent.