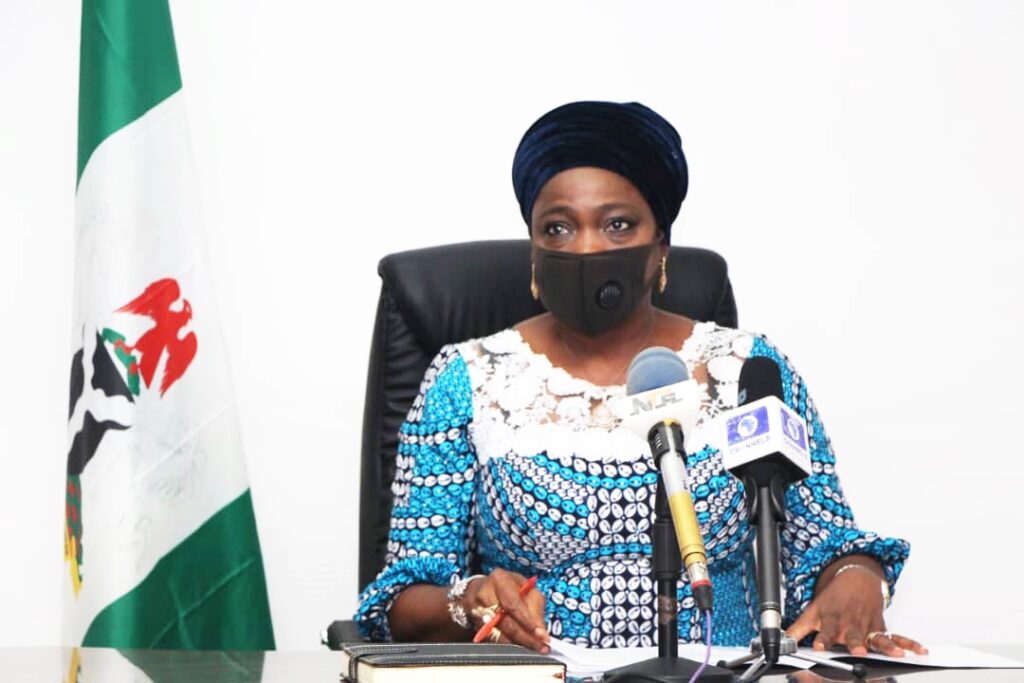 The Chairman of the Nigerians in Diaspora Commission (NIDCOM), Abike Dabiri-Erewa on Monday denied that Nigeria’s decision to close its borders prompted Ghanaian authorities to clamp down on Nigerian traders working in the West African nation.

Hundreds of shops belonging to Nigerians have been closed in Ghana, prompting calls from some of the traders to be repatriated back home.

The Nigerian Government has intervened in the matter previously. In September, Speaker of the House of Representatives, Femi Gbajabiamila, visited Ghana and met with the Ghanaian President, Nana Akufo-Addo.

On Monday, Dabiri-Erewa, while being interviewed on Channels Television’s Sunrise Daily, said Ghana’s treatment of Nigerian traders was based on a complex of not being able to compete.

She also said the issue has been going on for years, long before Nigeria decided to close its borders.

The closure, the honourable added, has impacted negatively on the finances and psychological state of many of the Nigerian traders, leading to suicide in at least one case.

“They are not the same thing actually. There’s a reason why borders were closed. You can’t be bringing in small arms and ammunition and all that and Nigeria will not take action.

“We are talking of people that have been living in your country, working very well for years. Now, I’ll ask you something; if it has to do with the borders, why didn’t they send away the big industries in Ghana; we have six banks in Ghana. Why didn’t they tell them to leave, if they are afraid of border closure? There is the gas pipeline going to Ghana, why don’t you cut it off?

“And I think it boils down to this lack of trust and some kind of complex. Because, these Nigerian traders sell their goods at cheaper prices; you know, Nigerians are very industrious. So the reality is that the Ghanian traders say it is really difficult to compete with the Nigerian traders. And they’ve put it in one million dollars to almost impossible for traders to . . . so let’s leave the issue of border closure.

“This thing has been on for years. In New York, three years ago, Mr President, took up with the Ghanaian President, and he gave an assurance that they are sorry about it and will open the shops. Then they open and close again, to their whims and caprices. I’m sure you will agree with me that we can’t continue like this,” she said.

My Husband Insists I Will Not Bear His Surname After Marriage