#EndSars: UN Calls For End To Police Brutality In Nigeria 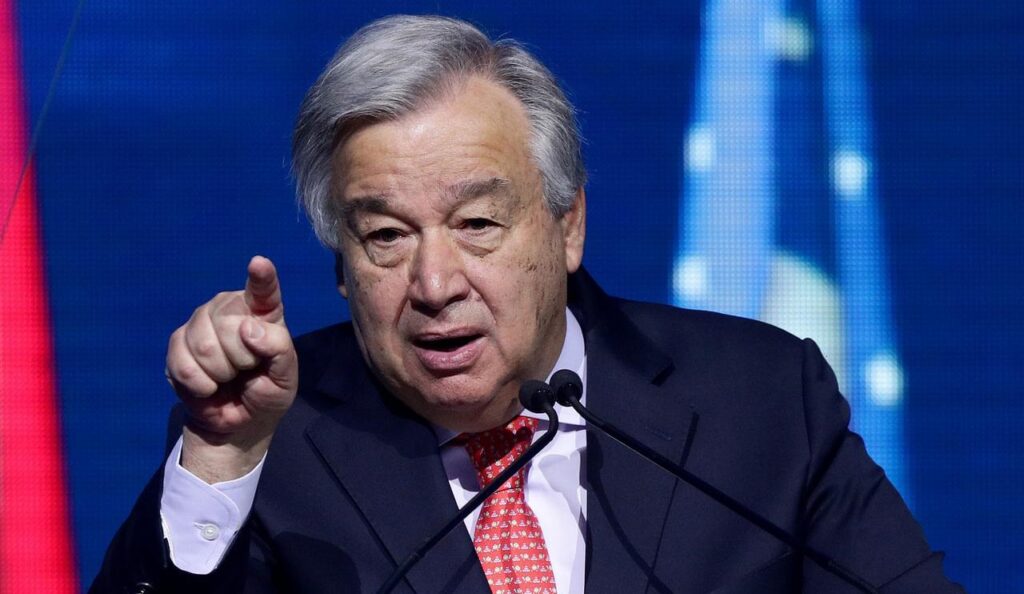 The United Nations’ Secretary-General Antonio Guterres, has called for an end to police brutality in Nigeria, condemning violent clashes that claimed multiple lives and caused many injuries.

This position was contained in a communiqué by his spokesperson, Stephane Dujarric.

According to the statement, the Secretary-General has been following recent developments in Nigeria and has called for an end to police brutality and abuses.

Mr Guterres condemned the shooting of protesters on Tuesday at Lekki in Lagos which resulted in multiple deaths and caused many injuries.

He expressed his condolences to the bereaved families and wished a speedy recovery to those injured.

The Secretary-General called on the Nigerian authorities to investigate the incidents and hold the perpetrators accountable.

The UN chief urged the security forces to act at all times with maximum restraint while calling on protestors to demonstrate peacefully and to refrain from violence.

The Secretary-General encouraged the authorities to swiftly explore avenues to de-escalate the situation.

He reiterated the readiness of the United Nations to support national efforts towards finding a solution.