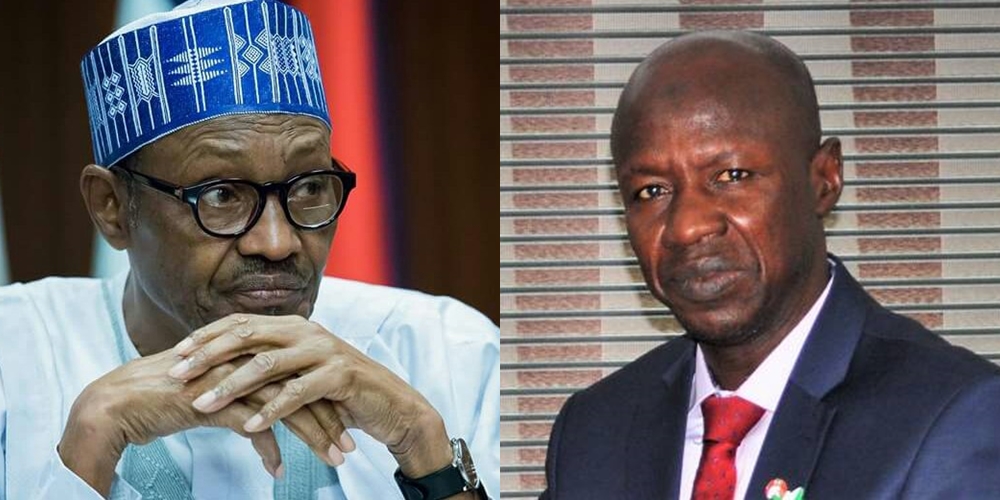 Magu’s suspension comes a day after he was taken in for questioning by the  Department of State Services (DSS) to face the presidential panel headed by Justice Ayo Salami in Abuja on the various allegations leveled against the EFCC head.

After being quizzed on 22 allegations, he was whisked away at about 10.15 pm to the FCID in Abuja, sources confirmed to SYNCNEWSNG.

His escort mobile policemen and security details were stood down before he was taken into custody.

At the Force Criminal Investigation and Intelligence Department, FCID around 10.50pm, Magu rejected an offer to take him into an office to stay the night.

He told the officers in charge to treat him like a suspect by putting him in a cell.

Magu was reportedly asked to respond to the allegations against him made by Justice Minister Abubakar Malami.

He was reportedly asked to respond to the allegations by the panel Viz:

*Alleged discrepancies in the reconciliation records of the EFCC and the Federal Ministry of Finance on recovered funds.

*Declaration of N539billion as recovered funds instead of N504b earlier claimed

*Not providing enough evidence for the extradition of ex-Minister of Petroleum Resources, Diezani Alison-Madueke

*Alleged sales of seized assets to cronies, associates and friends