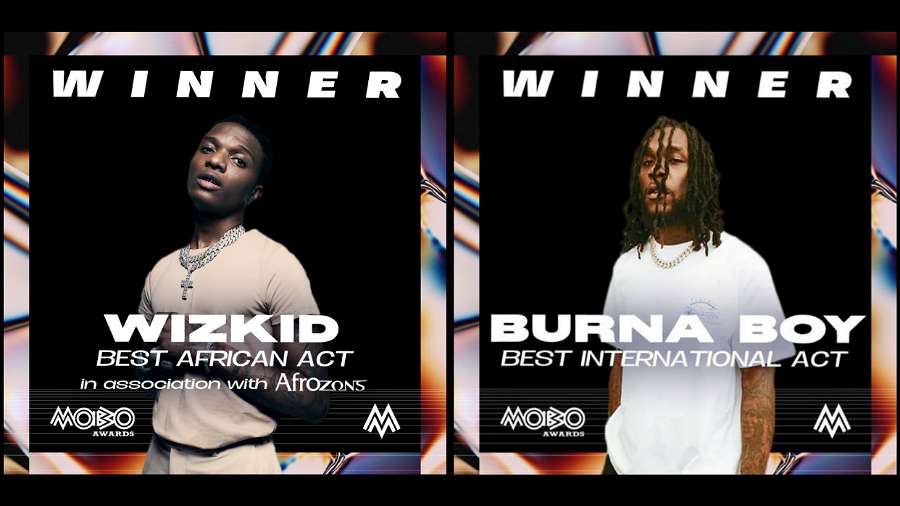 Nigerian ace musicians, Ayodeji Balogun popularly known as Wizkid and Damini Ogulu a.k.a Burna Boy emerged winners at the 2020 Mobo Awards which was streamed live on YouTube in the early hours of Thursday, December 10.

The awards returned after a three-year hiatus on November 24, with the announcement of nominations for the 2020 Music of Black Origin Awards.

The Nigerian stars, Wizkid, Burna Boy Davido, Rema, Fireboy, Adekunle Gold, and Tiwa Savage got nods at the event for the event which honours black music from all corners of the world.

Others are Ghanaian stars, Shatta Wale and Stonebwoy also got nods alongside, Ivorian, Afro B, South African, Master KG and NSG.

The livestreamed event was hosted by Maya Jama and Chunkz.

Album of the year: Nines – Crabs in a Bucket

Video of the year: NSG – Lupita