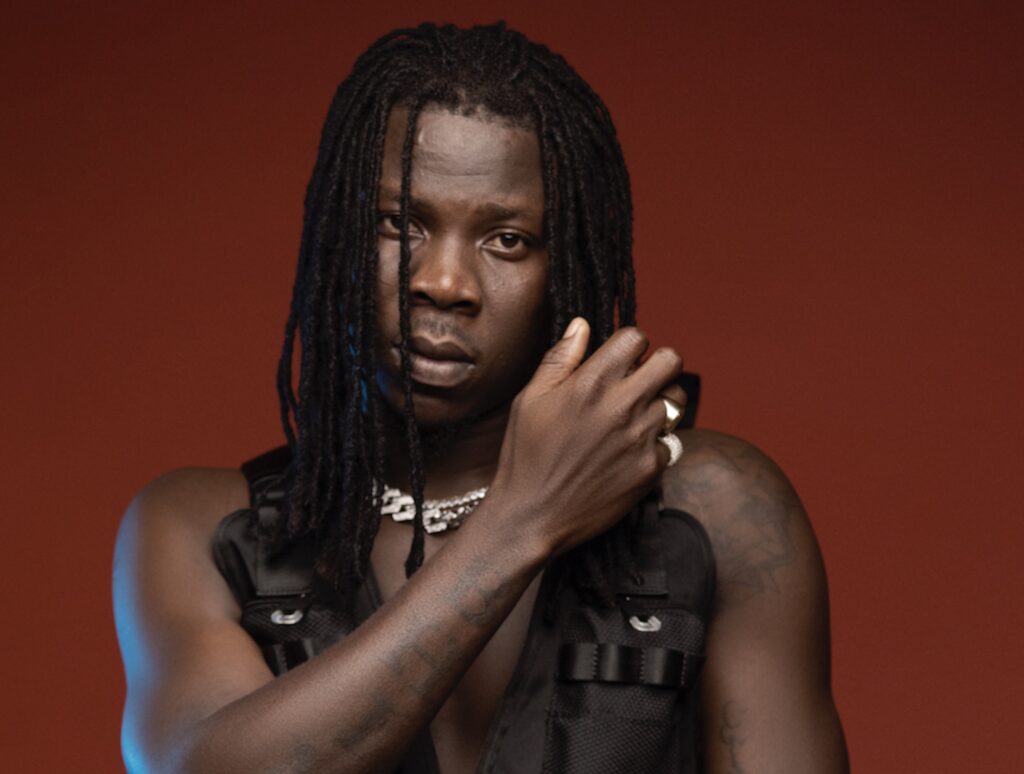 Stonebwoy has joined a number of celebrities in his country to brag about his customised swimming pool.

The Ghanian singer took to his Snapchat story where he revealed a customised swimming pool with his signature “1GAD” embossed in the middle.

In addition, he showed off a 2020 Range Rover Velar R-Dynamics he recently acquired.

He further stated that his enemies should think about themselves and leave him alone because he is doing well for himself.

“Don’t think about me; think about yourself, my brother. We are all working. Thank you, one love,” he said in the video.

Watch Stonebwoy as he shows off his new swimming pool and Range Rover below.