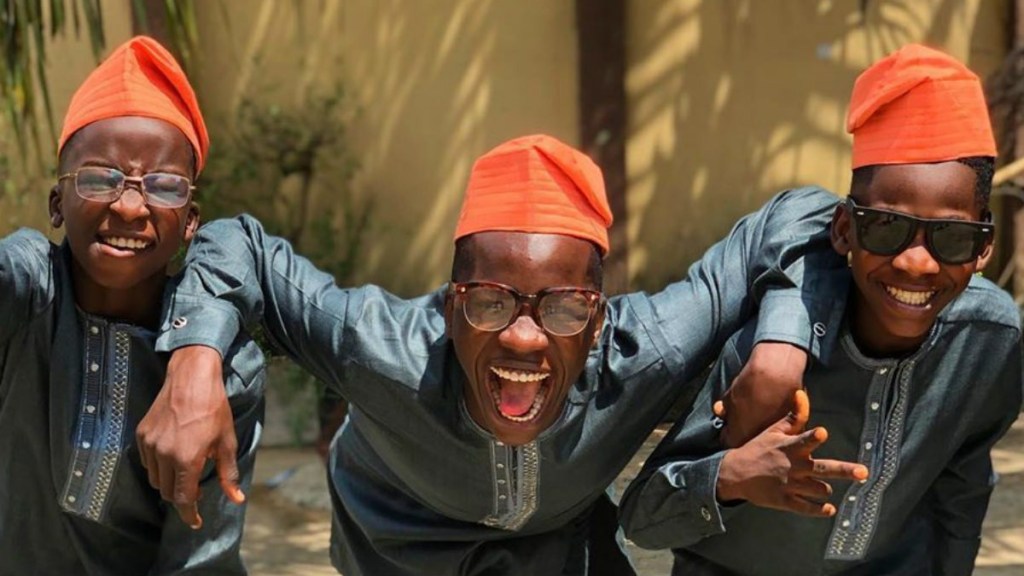 The young comedy skit makers made the announced via their social media platforms on October, 9 2020.

The clip shared on social media had the boys share with Harvey how they kicked off their brand that is fast becoming a force in Nigeria’s entertainment industry.

In their interview with the popular American comedian and TV host, Steve Harvey, they disclosed how they began skit making and their journey to becoming a force to reckon with in the Nigerian entertainment industry.

Babatunde Sanni, Muiz, and Malik’s elder brother who manages the group said to Harvey in the interview that it all began at home where they do a lot of comedy and make their parents laugh.

Babatunde said since they do a lot of funny things at home, he thought they could begin posting these contents online and now they have the attention of Hollywood stars.

Ikorodu Bois had their big break in June 2020 when they got an exclusive invite to the premiere of ‘Extraction 2’ by the Russo brothers.

They were also gifted professional filmmaking equipment by Netflix in August to improve the quality of their content.

Steve Harvey pours encomiums on Ikorodu Bois and even challenged them to do a skit on him.

The four member group; Babatunde Sanni, 23, Sanni, 15, Malik Sanni, 10, and their 13-year-old cousin Fawas Aina is known to recreate thrillers of top Hollywood movies announced on their social media page saying “we made it.”