SS1 Student Breaks Down in Tears After Being Dumped [Video] 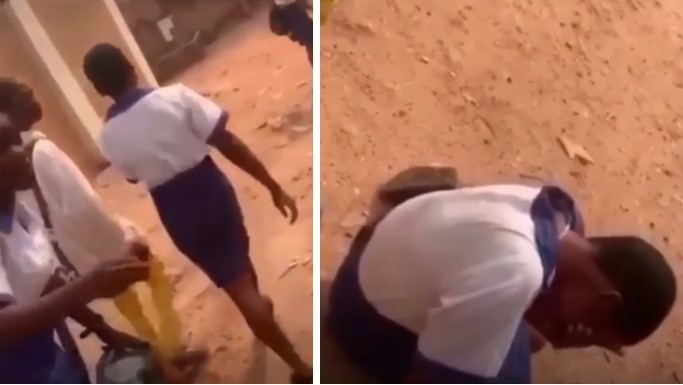 A secondary school girl has been captured on tape crying moments after her boyfriend ended their relationship.

In a video which has gone viral, he reportedly broke up with her after school closing time and she fell to the ground crying uncontrollably.

The girl said to be in SS1 could be seen sitting on the ground weeping over her broken heart.

Her friends consoled her and asked her to stand up so that they can go home. A young boy who was recording the incident told her not to cry because she has at least ‘eaten’ his money while they were dating.

In swift response, a friend of the heartbroken girl noted that the boy does not have money to spend. She added that the things he bought for his girlfriend on Valentine’s Day did not cost more than N5,000.