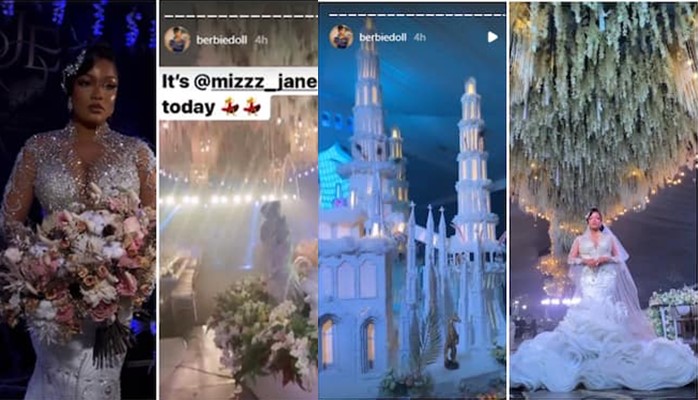 Nigerian socialite and businesswoman, Jennifer better known as Jenny’s Glow, has gotten married to her boo, Esosa in a wedding ceremony which is the talk of the town owing to it being expensive and glamorous.

Her wedding took place in Benin City, Edo state on Saturday, 26th of March 2022 and it was revealed that the cake she used costs a whopping 75 million.

The huge castle-like cake was one of the high points from the wedding especially after a man at the event who appeared to be one of the planners revealed authoritatively that it costs 75 million while telling those in doubt to do their findings.

Videos from the wedding ceremony and have started making the rounds online and netizens are already commenting on the cost of the giant cake.