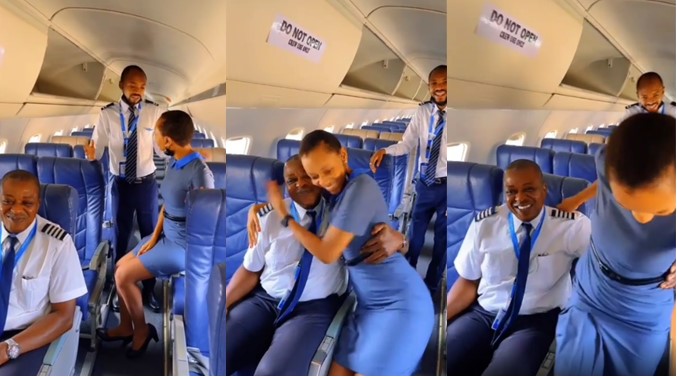 A video which has gone viral on social media shows two pilots and a air hostess shooting a relationship skit on an empty airplane.

The storyline of the skit centred around a lady choosing to date the father of the man who breaks her heart.

In the clip, the younger pilot who played the boyfriend could be seen breaking up with his girlfriend played by the air hostess. And immediately, a song came on with the lyrics; ”If You break my heart I go dey date your father”.

The lady then moved to the elderly pilot who played the father of her boyfriend and they all smiled.