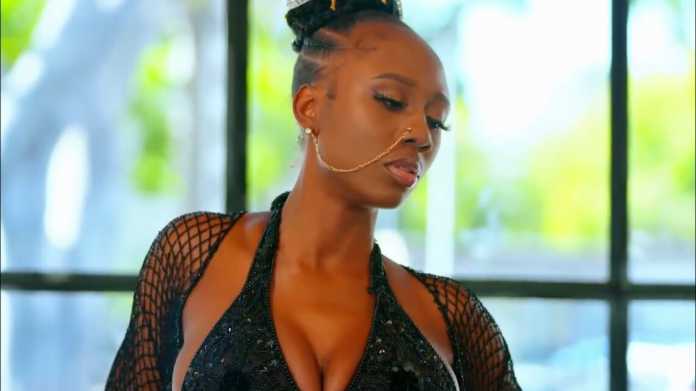 Anita Obidi Korra, the American based Nigerian singer and dancer has revealed why she had the scare of her life in less than two weeks after she welcomed her second daughter.

According to her, she had the scare of her life because her milk dried up.

As her milk dried up, she was scared because she does not know what else to feed her daughter with. According to her, she comfortably breastfed her first daughter, June, so she panicked when she discovered that her milk has dried up.

During the live broadcast, she said that she almost drank the whole gallon of water and hopes that everything will bounce back to normal very soon.

This is coming one day after her husband, Justin Dean announced that he would be divorcing her.