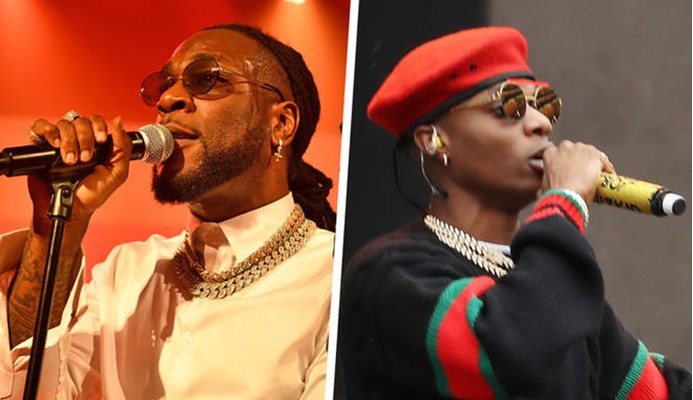 Godson, an associate of music star, Wizkid has shared a video of the singer’s reaction to Burna Boy saying he is richer than him.

Recall that Burna had earlier said in a Twitter post that he is the highest paid artiste in African history.

After receiving flack from fans, the self-acclaimed African Giant later went on Instagram live to say that he’s richer than both Davido and Wizkid.

Moments after his session ended, Godson posted a video of Wizkid laughing with his crew while listening to a song in which the self-acclaimed African Giant was featured.

In the same video, he also posted snippet of Wizkid’s song where he said that he has never met anybody that can intimidate him with money.

Wizkid, Mr Jollof In War Of Words Over Tour With Davido