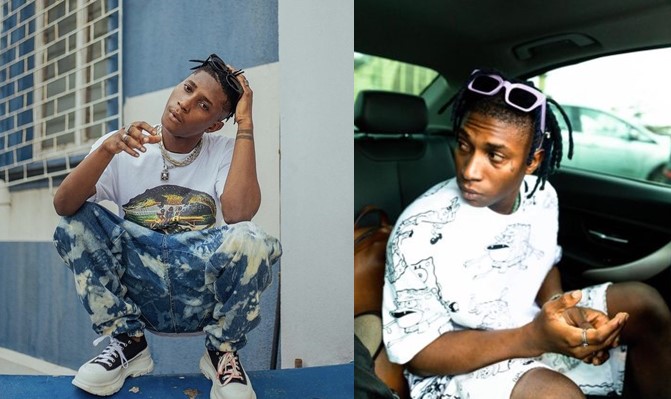 Nigerian singer, Bella Shmurda has been captured in a video responding to a question about who he prefers between music heavyweights, Wizkid and Davido.

Bella recently appeared as a guest on Clout Africa’s Clout Talk concert 2.0 which was hosted by rapper, Blaqbonez.

A fan asked him to reveal with honesty, who he loves more between Davido and Wizkid. The audience protested and signaled the singer not to answer the question.

But the ”Cash App” crooner, replied by speaking on things unconnected with what he was asked. He gave a diplomatic answer which was so confusing that fans had to react online.

Wizkid, Mr Jollof In War Of Words Over Tour With Davido