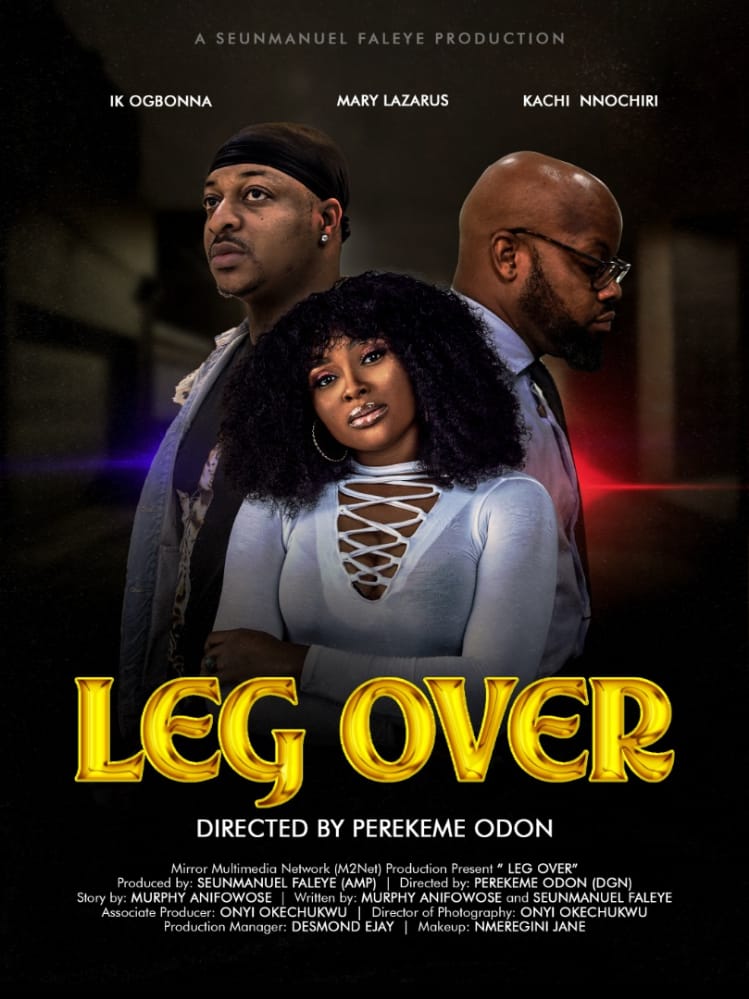 Leg Over, a movie written and produced by acclaimed journalist and documentary filmmaker, Seunmanuel Faleye is set to premiere on Ibaka TV, July 22.

The movie is about a topsy-turvy wife who in search of happiness, gets stuck, between a husband with a skeleton in his closet, and, an old flame, whose plan is to use her as decoy for his selfish-ambition.

The movie was written by Murphy Anifowose and Seunmanuel Faleye. Desmond Ejay is Production Manager, while MakeUp and SFX was done by Jane Chineze.