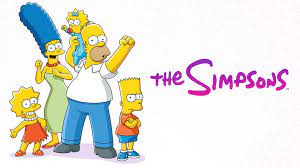 As one of the longest-running sitcoms on TV, The Simpsons has cultivated a family dynamic amongst its cast and crew, which is likely warmer than that of the beloved titular characters. Sadly, the team behind the iconic series recently lost one of its key members – music editor Chris Ledesma. The TV industry veteran died on December 16, 2022 at the age of 64, and his cause of his death remains unknown. The animated sitcom confirmed Ledesma’s death in the most Simpsons way possible not long after he actually reached a major milestone with the program.

The Fox sitcom acknowledged the music man’s passing via a title card shown at the end of the January 1 episode. The card showed an animated version of the musical arranger sitting on the Simpsons’ signature orange couch. In the sweet still, he’s surrounded by the animated TV family while conducting the Simpson children, who are playing instruments. The caption “In Loving Memory of Chris Ledesma” was also included as part of the tribute. After the card was unveiled, series alums like director David Silverman and writer-producer Michael Price shared reactions to it.

What makes his death even more poignant is that he had just celebrated a major milestone with the long-running animated family sitcom. The music editor had been with the show from the very beginning and, before he exited in May 2022, he’d worked on all episodes up to that point, which totaled at 734. His final (and historical) installment aired back in November as part of the series’ ongoing Season 34. Ledesma made note of his extensive work on the show in a Twitter post he shared in September 2021.