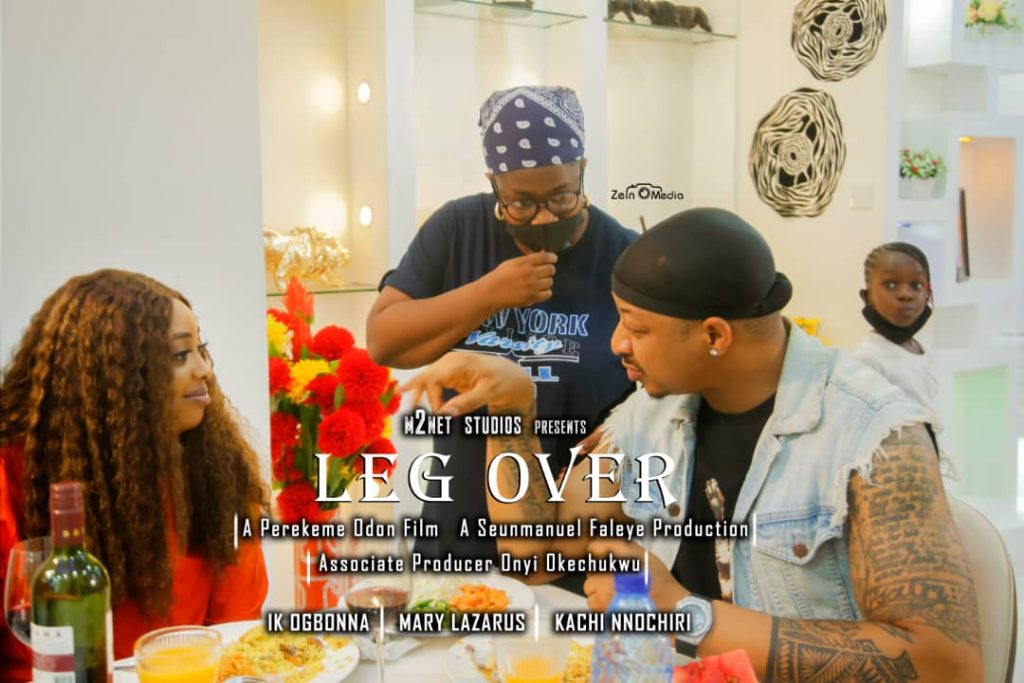 Shot on location in Victoria Island, Lagos, Leg Over is directed by Perekeme Odon, Onyi Okechukwu doubled both as Director of Photography and Associate Producer.

In search of happiness, a topsy-turvy wife gets stuck, between a husband with a skeleton in his closet, and, an old flame, whose plan is to use her as decoy for his selfish-ambition.

The movie was written by Murphy Anifowose and Seunmanuel Faleye. Desmond Ejay is Production Manager, while MakeUp and SFX was done by Jane Chineze.