Avengers Actor Out Of Surgery But Still In Critical Condition 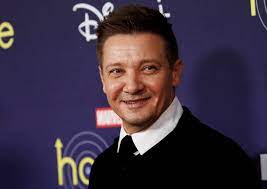 US actor Jeremy Renner is out of surgery but remains in a critical condition after an accident with a snow plough, his publicist has said.

Renner suffered blunt chest trauma and orthopaedic injuries, and is still in intensive care, Samantha Mast said in a statement to US media on Monday night.

He was airlifted to hospital on Sunday after an accident while clearing snow outside his home in Nevada.

The US has been battered by snowstorms, killing dozens of people.

“Jeremy’s family would like to express their gratitude to the incredible doctors and nurses looking after him,” publicist Ms Mast said in a statement.

The family also thanked the local police and fire services, and said they were “tremendously overwhelmed and appreciative of the outpouring of love and support from his fans”.

Before the accident Renner was reportedly clearing a road outside his home in Reno, Nevada using his personal snow plough so his family could get out after a heavy storm.

The 51-year-old was the only person involved in the incident, the Washoe County Sheriff’s office said, adding that it was being investigated.

US celebrity news site TMZ reported that Renner was aided by neighbours at the scene, one of whom was a doctor. His family thanked “the Carano and Murdock families” in their statement.

A day after the accident, news emerged that rally driving champion Ken Block was killed when his snowmobile flipped at his ranch in Utah.