The star said that he has been single since 2012.

He made the revelation during an interactive session with his Twitter followers recently.

A curious fan had asked about his plans for marriage and when he intends to settle down.

“Are you considering getting married anytime soon?” the fan asked.

In response, the Skitmaker disclosed that he is scared of marriage and due to that, hasn’t been in a relationship for the past 10 years.

On the basis of this disclosure, another fan asked how he handles his sexual urges since he doesn’t have an official girlfriend.

His response to that question has gotten netizens buzzing online

The popular comedian said, “I have some female friends who are also scared of relationships. I call them and We pray together 😭” 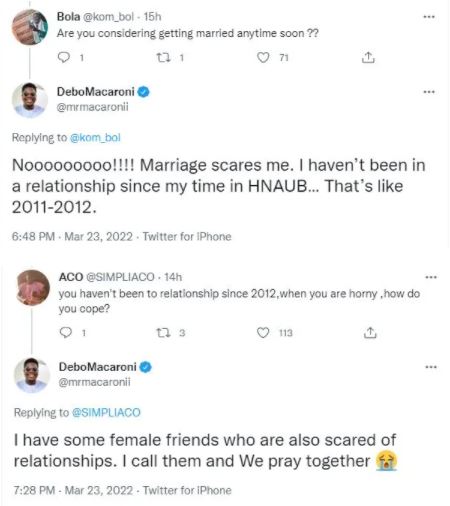