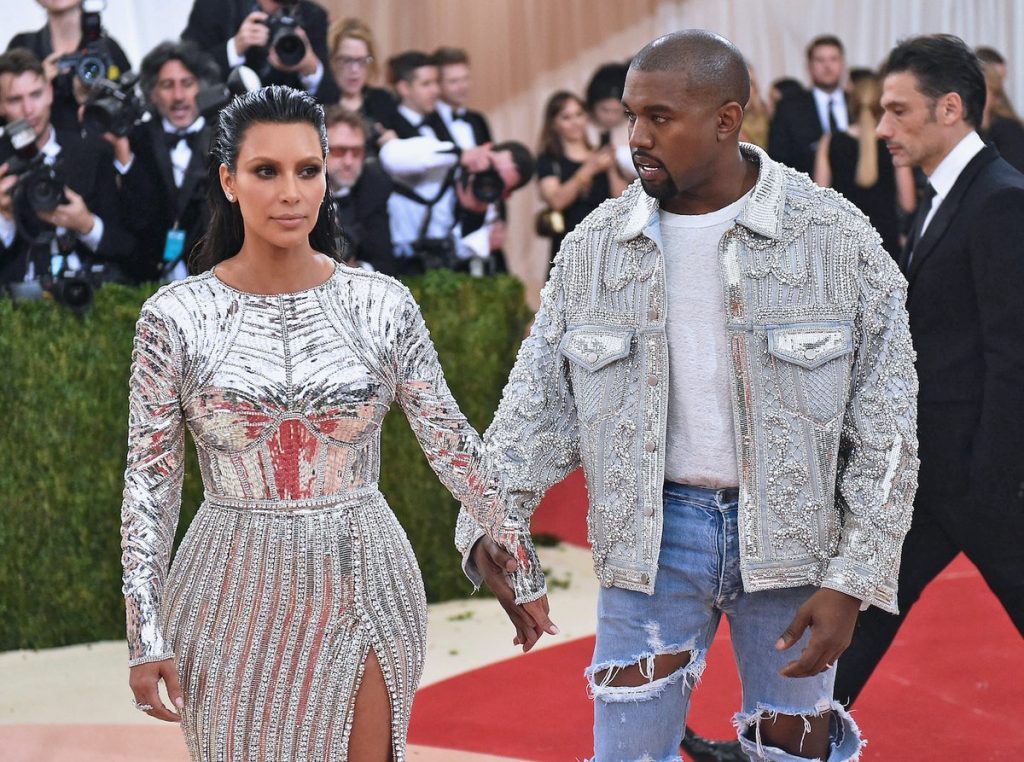 …Says she loves him for life.

Kanye West turns 44 today and Kim shared an old photo she took with him and three of their kids.

She took to the caption section of the post and wrote, “Happy Birthday. Love U for Life!”

The pair had gotten married in May 2014 in an extravagant ceremony held in Italy.

However, in February this year, Kardashian filed for divorce from West after six and half years of marriage.

She cited irreconcilable differences as the reason for their breakup, adding that she was seeking joint custody of the children.

Her court filing, which did not indicate a separation date, stated that the couple had a prenuptial agreement that would determine how their assets will be divided.

Though their union was the first for West, it was the third for Kardashian.

Kardashian, had in the penultimate episode of ‘Keeping Up With the Kardashians’, broke down in tears, stating that she feels like a failure and loser due to the collapse of her third marriage with West.

“I feel like a failure, that it’s a third (expletive) marriage,” Kim says. “Yeah, I feel like a loser, but I can’t even think about that. I want to be happy.”

However, she praises her now-estranged husband, describing him as “an amazing dad” and hopes he finds a partner who could more easily cater to his desires.