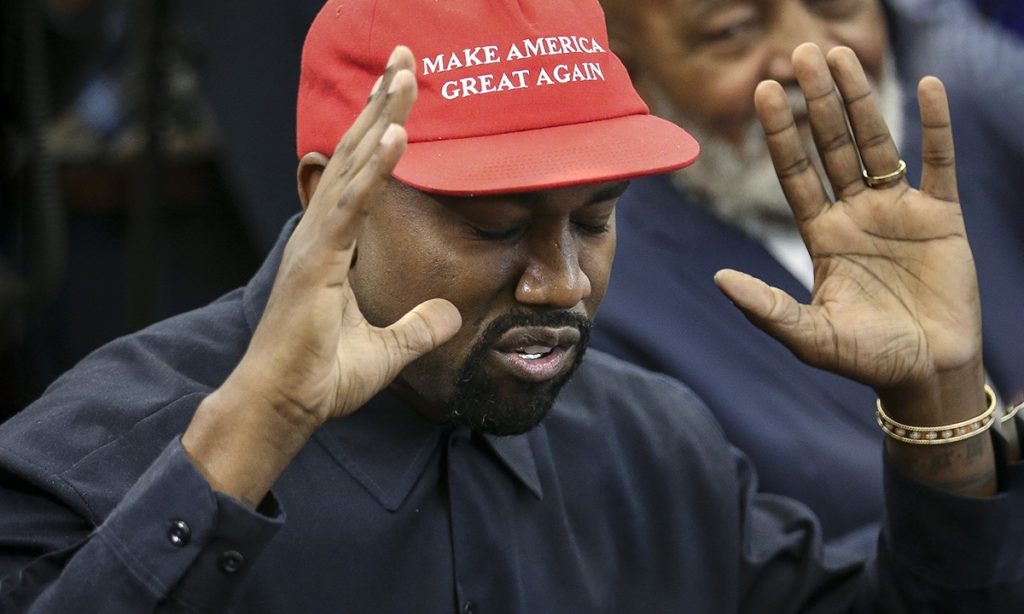 American rapper, Kanye West has reportedly dropped out of the 2020 US presidential race, less than two weeks after announcing that he would run.

A member of West’s campaign team, Steve Kramer, has reportedly told New York Magazine’s Intelligencer off-shot that the rapper will no longer contest the election.

When asked further about the details of Kanye’s presidential end, Kramer said “I’ll let you know what I know once I get all our stuff cancelled.”

West’s campaign organisation already had a staff strength of about 180 people working in Florida before they decided to call off the effort.

Again, Kanye West Announces To Run For President In November

“We must now realize the promise of America by trusting God, unifying our vision and building our future,” West wrote on Twitter.

“I am running for president of the United States!”

Initially, West garnered support from social media users, including from Elon Musk. The rapper later claimed that Musk would be appointed “head of our space program” under his presidency.

Kanye West’s presidential campaign hit a snag almost immediately, however, when it was revealed that he had already missed the voter registration deadline in six separate states. Despite this, West continued to campaign for the top job, telling Forbes that “if I win in 2020 then it was God’s appointment.”Advertisement

Yesterday (July 14), a US presidential poll revealed that Kanye West had the support of just 2% of voters, NME reports.

Outside of his presidential aspirations, West released a new single, entitled ‘Donda’, Monday, July 13. The song is a tribute to West’s late mother, who passed in away in 2007.