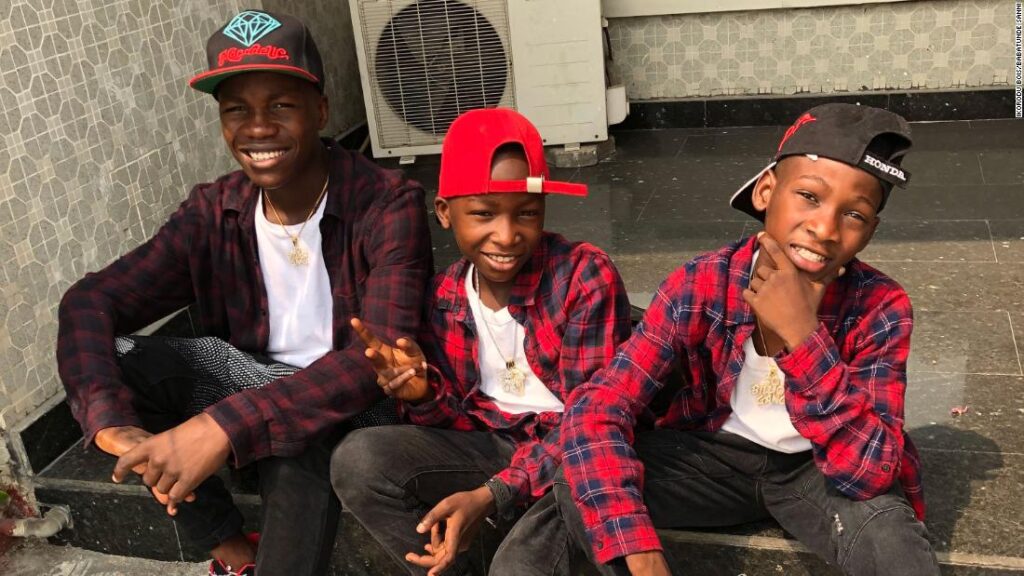 The kids, who are famous for remaking movie clips and music videos, shared the news on Twitter.

The Twitter post showed the boys ecstatically showing off their presents which, at a glance, had the likes of a Voice Recorder, Camera, Boom Microphone, Tripods, iMac computer, and other tech accessories to help with future production.

Towards the end of June 2020, the boys, made up of four filmmakers – a team of brothers and cousins, Babatunde, 23, Muiz, 15, Fawas, 13 and Malik, 10, got international attention when they remade a trailer of Chris Hemsworth’s movie, Extraction.

Extraction, an action film starring ‘Thor’ star, Chris Hemsworth has become one of the most-watched movies on Netflix.

It was directed by Sam Hargrave and written by the trio of Ande Parks, Anthony Russo, and Joe Russo.

The Ikorodu Bois creatively made use of props and sets that are not so complicated to fabricate as they used easily accessible stuff craftily to recreate the popular film’s multi-million-dollar teaser with little or next to no budget and posted it on Twitter and Instagram.

In the film’s original trailer, for instance, a scene of Chris Hemsworth jumping off a high cliff into a river is recreated by simply dropping a stone into a basin of water.

The scene where he sits in the water in a yoga position, as if in meditation; the boys remade it to show an actor sitting in a meditative position in what looks like a freshly dug gutter.

Where Hargrave’s film used sports cars for fast-paced chase sequences, the Ikorodu Bois, instead, made do with a wheelbarrow.

In an interview with Hollywood Insider, the Russo Brothers spoke about what they loved about the recreation of the Extraction trailer by the Ikorodu Bois

“These are the future storytellers. They are us when we were kids, with dreams of making movies and telling stories to the world. They are so talented, clever, and driven. They have all the key elements to live out their dreams one day.”