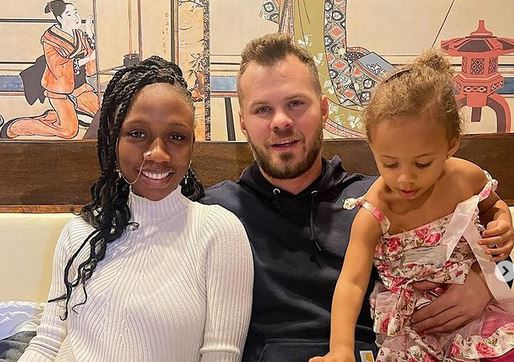 Korra Obidi’s husband, Justin Dean has stated clearly that he is the real father of his daughters, June and Athena.

This is coming shortly after Nigerians including controversial journalist, Kemi Olunloyo advised the father of two to undergo a DNA test, following his rift with wife, Korra Obidi.

Justin had called out his wife for allegedly cheating and treating him badly. He also claimed that his wife’s private was named after a club.

Reacting to this, controversy arose on social media over the paternity of his kids, and Justin took to his Instagram page to clear all doubts.