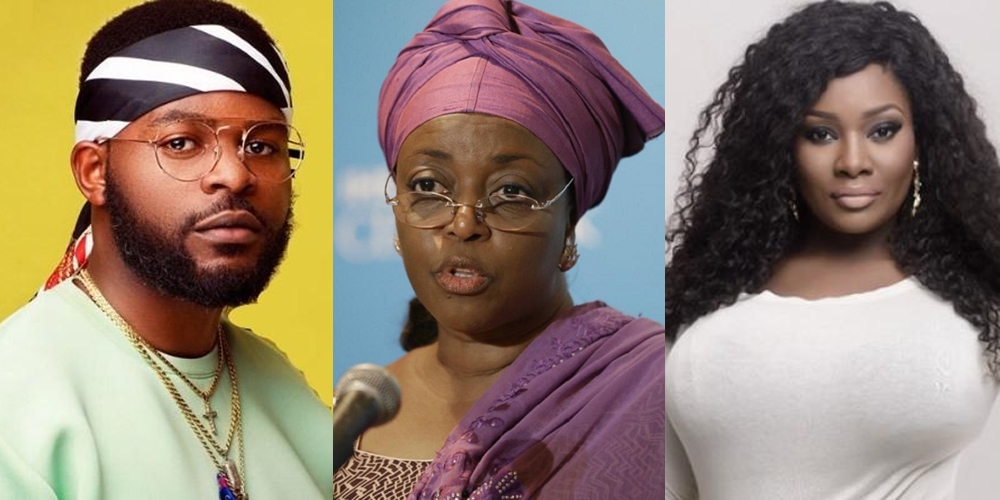 Nigeria’s former Minister of Petroleum Resources, Diezani Alison-Madueke, has said that Internet scammers widely referred to as ‘Yahoo boys’ in Nigeria were now role models in the country due to drop in moral values.

She made the remarks while delivering a lecture at a virtual, event which was also attended by her former boss, Goodluck Jonathan, on Friday, a report by PUNCH said.

Speaking at the event organised by the Ijaw National Development Group on Friday, Diezani stressed the need for mentorship of Ijaw youths.

Nigerian musician, Falz, and OAP Toolz however, slammed the former Minister for her statement.

Falz who took to his instagram page shared a photo of the Diezani and wrote: ” You are on the run but your mouth still dey run. Who be Yahoo Yahoo girl if no be you?”

Toolz in the same vein, shared on twitter stating, “See normally I would laugh but this is so ridiculous. This lady must have lost her damn mind to come online and spew this nonsense. How are you different from a fraudster ma? She actually has no shame, which is sadly common for a lot of our (present and past) politicians.”

Diezani was reportedly appointed as a Commissioner for Trade and Investment by Prime Minister Roosevelt Skerrit of the Commonwealth of Dominica and handed a diplomatic passport which has helped her to evade prosecution despite being in London for over four years.