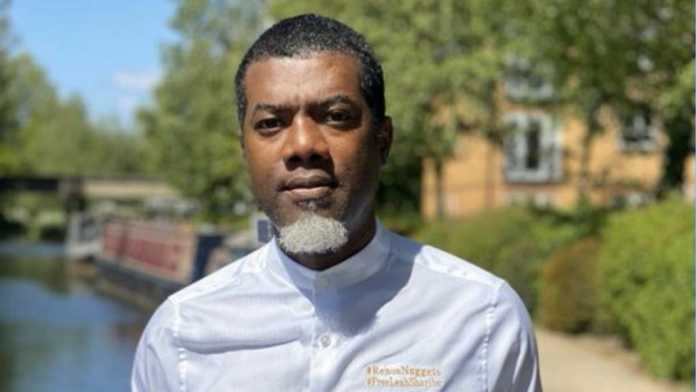 Davido had been lambasted by Nigerians for acquiring a new Lamborghini for himself.

Davido had on Tuesday asked Nigerians to pray for the country as he complained about the amount he paid to clear his new Lamborghini.

Some social media users pounced on the artist, slamming him for making such an acquisition in the face of the untold hardship Nigerians are going through.

But defending the singer, who responded by promising to share N20 million among Nigerian youths with good business ideas, Reno Omokri stated that Davido has been more useful to the country than President Muhammadu Buhari.

President Buhari, who is the minister of Petroleum, is currently in the United Kingdom, while the country battles fuel scarcity and nationwide blackout due to the collapse of the national grid.

Just last evening, a spokesperson to the President, Garba Shehu, released a statement where he said that Buhari sent a message to Nigerians from London regarding the shortage of petrol and electricity in the country.

The President was said to have apologized and expressed sincere regrets for the inconvenience caused to citizens of the country following a prolonged shortage of petroleum products.

And Omokri noted that Davido has always been there for Nigerians, wondering why he should come under fire for purchasing his choice car with his money, not stolen funds.

Omokri tweeted, “Rather surprised at the hard knocks Davido got over the Lamborghini he bought with HIS OWN MONEY. I’d have thought if there were hard knocks, it would be reserved for General Buhari, who bought a ₦280 million Mercedes-Maybach with YOUR MONEY, yet refused to perform.

“Shame on those Nigerians who left a failed government that hides ordinary #COVID19 palliative noodles from the masses, only to badmouth an under 30-year-old Davido, who has shown more love to needy Nigerians than the government.

“Buhari is not in Nigeria as fuel scarcity cripples the nation-you don’t complain. Repentant Boko Haram had a graduation party yesterday as ASUU is on strike- you don’t complain. Davido used HIS OWN MONEY to buy a Lamborghini- you complain.

“During #EndSARS, who killed Nigerians? Buhari. Who protested with Nigerians? Davido. In fact, he was invited to force headquarters for questioning. Davido is more useful to Nigeria than Buhari. Yet, you left the Nigerian government to attack Davido.

“After donating ₦250 million to orphanages, Davido deserves to spend HIS MONEY on a Lambo. He’s also earned the right to complain about the high cost of clearing it, especially when he has singularly done more for charity than the government collecting the clearance.”