“My wife comes first before my mother & children.” – Kolawole Ajeyemi 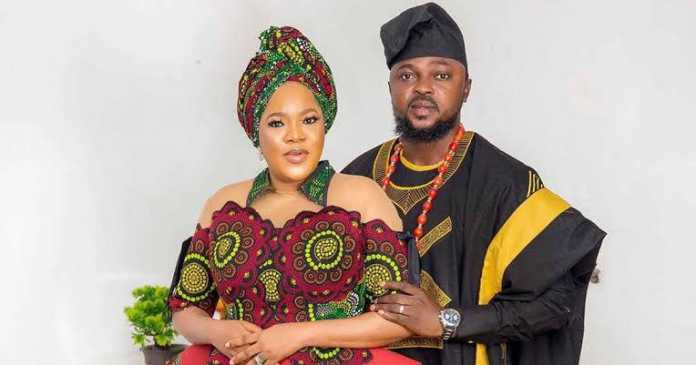 Yesterday, Nollywood actress Toyin Abraham expressed her gratitude for her husband Kolawole Ajeyemi’s devotion and admiration for her.

In a brief interview, the father of two stated “ having a good wife helps a man evolve, and that he loves his wife first most, followed by his kids and mum.

Toyin Abraham responded with a beautiful photo of herself and her husband, saying,

“My spouse is the one thing I love more than any other, however I also adore my kids and my mother,” he stated in an interview on his YouTube channel.