Artistes On Tiktok Can Now Distribute Songs On ITunes, Spotify, Others 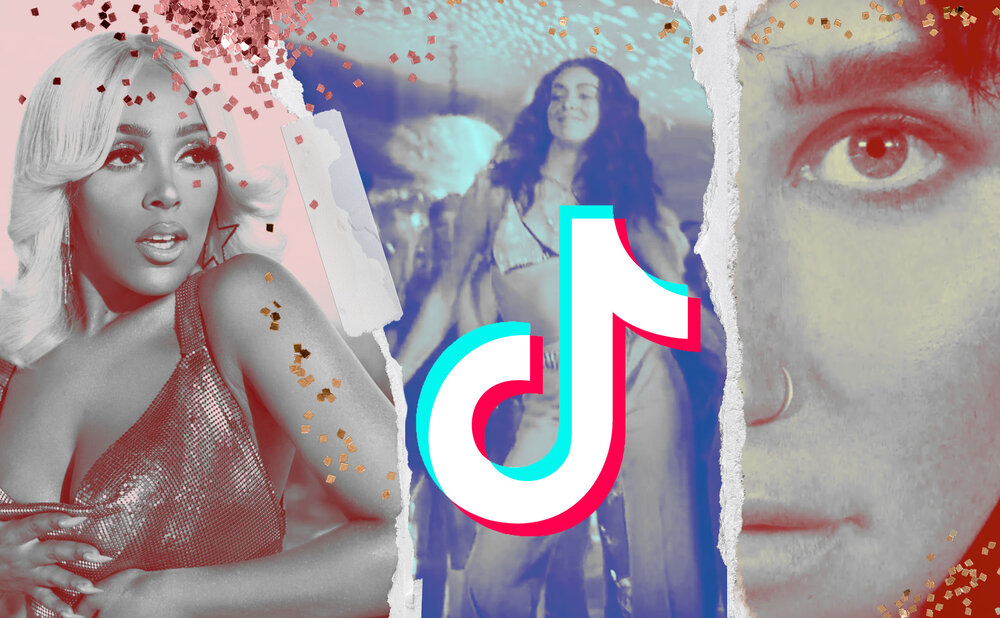 As TikTok continues process to sell its American operations to an American company (rumoured to be Apple, Oracle or Microsoft) before a November deadline set by the Donald Trump-led government, it has announced its first music distribution partnership, with indie music distributor UnitedMasters.

According to TechCrunch, “The deal will allow artists on TikTok to tap into the platform’s ability to make their music go viral, then distribute their songs directly to other music streaming services, like Spotify, Apple Music/iTunes, SoundCloud and YouTube.

Already, TikTok has proven its capabilities in this area, having helped push little-known or undiscovered artists to further growth, including Lil Nas X, Ambjaay, StaySolidRocky, Powfu, BENEE, Y2K, bbno$ and others, the company noted in an announcement about the new deal. Meanwhile, artists like Curtis Roach, Curtis Waters, Breland, Tai Verdes, BMW Kenny and others have used TikTok to promote their music. Some, like ppcocaine and Avenue Beat, preview original music directly on the platform. Several emerging artists, like Shuba, Blu DeTiger and Kid Sistr, have even used TikTok as a platform for creative performances.

UnitedMasters,  meanwhile, has helped launch the careers of artists like platinum-selling rapper NLE Choppa, plus Lil Tecca, Tobe Nwigwe, Lil XXEL and others. In the past 18 months, it has grown its lineup to over 400,000 artists who have a combined 5 billion streams and over a half million distributed tracks.

UnitedMasters takes a 10% share of revenue for music it distributes, and allows artists to retain their rights. It also works to facilitate relationships between artists and brands. According to the company’s website, UnitedMasters currently works with brands like the NBA, Bose, AT&T, the NFL and others. A newer program, called “Select,” lets UnitedMasters artists pay $5/month instead of the royalty split.

TikTok says its new agreement with UnitedMasters will also involve promoting their artists on its video platform. That means artists will have more opportunities to reach new fans who could then, in turn, use the artists’ music in their videos. TikTok will also add the music from UnitedMasters’ artists, with their permission, to its Commercial Music Library. This catalog gives verified businesses access to royalty-free music for use with their promotional content.

“TikTok artists who are creating music in their bedrooms today will be featured in the Billboard charts tomorrow,” said Ole Obermann, global head of Music at TikTok, in a statement. “Our mission is to help those artists achieve their creative potential and success. This partnership with UnitedMasters gives us a turn-key solution to help artists who are born on TikTok to reach their fans on every music service.”

Trying to work around the labels is a tricky prospect, other music services have found. Spotify,  for example, tried offering a tool that would have allowed indie artists to upload their own music directly to its streaming service. But the tool was shut down in less than a year’s time, after beta testing, as its existence complicated Spotify’s label negotiations.

TikTok, however, has different sorts of licensing deals with the major labels because it’s not a streaming service for music, nor a platform for watching official music videos, like YouTube  and now, Facebook. Instead, its music deals are reportedly shorter-term agreements than those the labels strike with other tech companies, a Billboard report said. The deals give the video platform the right to use 30-second clips of the record labels’ songs, not full tracks. To date, many of TikTok’s music deals are separate from those its parent company ByteDance inked for its streaming music service, Resso. (A deal with Merlin was a recent exception, however.)

Because of the complicated nature of these sorts of negotiations, it’s unclear how the major labels will react to what appears to be a way for TikTok to eventually route around their cut. By promoting indie artists to help them achieve viral success without a traditional label’s involvement, TikTok could become a launching pad for artists who don’t want a label deal. Instead, TikTok artists would gain access to fans and, eventually, the resulting revenue potential that comes with having a large audience.

This likely won’t go down well with labels, who have already been pushing TikTok to find more ways to generate revenue for music rights holders, as Billboard’s report had noted.

“If you are a musical artist, TikTok is the best place for your music to go viral and UnitedMasters is the best place to sustain it while retaining full ownership of your work,” said Steve Stoute,  CEO and founder of UnitedMasters, in a statement about the TikTok partnership. “By combining the two, we create the platform for tomorrow’s stars who will be famous, fiercely independent and wealthy.”