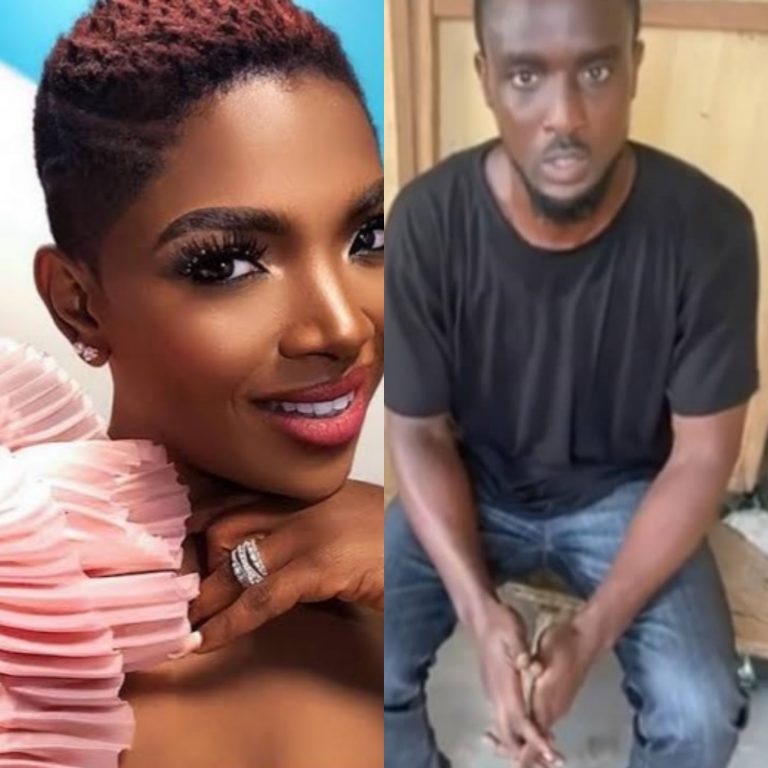 Wisdom Macaulay, one of Annie Macaulay Idibia’s elder brothers, has taken to Instagram to call his famous sister out.

Wisdom alleged that he has been working for his sister for so many years but she doesn’t pay him his dues, instead she’d rather send him N20k, N30k and turn him to her slave.

He said he hasn’t been able to pay the dowry for his girlfriend that bore him three children as a result of his condition.

The Actress’ brother claimed that Annie is a violent person and does erratic things whenever she is angry.

He further revealed that the actress introduced him to drugs as she is a drug addict.

Wisdom added by accusing her of being a very troublesome person and of sending some armed men to attack him. He said Annie should be held responsible if anything happens to him.

Part of his words;

“Hello Nigerians, my name is Wisdom Macaulay, I am the elder brother of Annie Macaulay Idibia. I’m crying out for help at this moment because my life is been threatened. I have been working with my sister for sometime but she would never pay me my dues, she would rather send me N20,000 or N30,000…turn me to her slave and she can decide when she is angry to end it.

Some weeks back, her husband sent me some money that I have begging him for years. The money wasn’t so much but I used it to settle my home. I have a wife from Imo State and I am yet to pay her bride price because I don’t have money.

He further added, “I wasn’t around for 2 weeks and when I came back, she took everything from me. Annie lied on her story that I beat her in her husband’s house, how can I do that? Annie insults my wife, she insults everybody. I begged for her to give me money to buy a car so I can use it for Uber yet she refused, she doesn’t want me to stand on my feat.

Today, she drove me out of her house, and sent boys to waylay me when I took her car. Now my life is at risk. Annie is so ill tempered”.